Also known as: Hell Night
Platforms: PSX
Release Date: 1998-06-11
Regions: Japan Europe
Chris’s Rating: ★★★★
Obscure for no good reason, Hellnight shows us that really well designed horror games can be scary even with only the most rudimentary technology at their disposal.

Hellnight (Dark Messiah in its native Japan) is one of those games that is occasionally mentioned in lists of under-appreciated masterpieces; it’s the type of game that is fantastically popular amongst the very few people who have actually played it. It was only released in Japan and Europe, and in both regions it never escaped obscurity. I finally got around to playing it myself after I realized that my new digital TV can render PAL signals (almost) perfectly, allowing me to finally use the European version of the game that 16bitman donated to the Quest a few years ago. And now that I’ve played the game through, I am very happy to join the small (but outspoken) club of people who think that Hellnight is an absolute gem of a horror game.

The premise of Hellnight is simple: on the way home one evening, the subway car you are riding in is attacked by some sort of monster and almost everybody on board is killed. You and another passenger, a schoolgirl named Naomi, manage to escape into the sewer system, but you soon realize that the monster is hot on your heels. With no way to fight or otherwise defend yourselves, you and Naomi have no choice but to run away and try to find your way to the surface. But as the monster closes in, you are forced deeper and deeper underground, and after a while the things you discover in the depths make your pursuer seem like the least of your problems.

The game mechanics in Hellnight are also very simple. The game features two modes: a 3D, first-person perspective mode in which most of the game is spent moving through underground passages and trying to avoid the ever-present monster, and an exploration mode that uses static pre-rendered images to represent searchable rooms and conversations with other people. In the 3D mode your only controls are related to movement; you can walk or run, look around you, and interact with some objects in the world. If you run for too long without a break you will become tired and eventually die. In the 2D mode, you can only select interesting looking things and interact with them. It’s like a cross between Doom and Myst, only without any shooting or clock puzzles. The bulk of the game play involves searching each maze while trying to avoid running into the monster. If the monster ever catches up to you, his strike will kill Naomi first, and if you get hit again after that it’s game over. No life bars, health drinks, or continues in this game.

The key to Hellnight is that it takes an extremely straight-forward idea and turns it into an enthralling horror game by focusing heavily on specific elements of the design. Sure, the 3D graphics are terrible by today’s standards (or even by Dreamcast standards), but the sound design is phenomenal. The cut scenes bear the mark of mid-1990s computer graphics, where everything is sort of oblong and shiny and appears to be moving in slow motion, but the story that is told with this dated art style is fascinating. The game play is indeed incredibly simple, but the level design is so fantastic that the experience is constantly fresh and rewarding. In short, Hellnight is a shining example of how to make a horror game without relying on technology, big budgets, or “deep” mechanics. Hellnight only does one thing, but it does it really, really well.

If you’ve played any of the Resident Evil games before

Resident Evil 4, you’ve probably found yourself stuck in the wrong safe room at least once. You’re in the safe room and you know exactly where you need to go, but you are too low on health or ammo to actually fight your way to your destination and you know that all potential paths are full of zombies. So you make a run for it, deftly avoiding the zombies and creatively altering your route in order to make it through the gauntlet to the next save room. These moments are extremely stressful, as any misstep usually means death, but they are also incredibly rewarding. The level of tension as you run past a group of zombies and jam the X button to open the door is high, and such moments are one of the highlights of the Resident Evil series.

Hellnight takes that brief moment from Resident Evil and makes an entire game out of it. There’s no hope for survival if you actually meet the monster in some dark corridor, and so every step must be taken with care. You have some warning that the monster is coming, mostly in the form of the sound of the monster’s heavy footfalls, but you can never be sure which direction he is headed in or if you’ll be able to escape if he shows up in front of you. The level of tension produced by this game is astounding, especially considering the extremely dated visuals. The feeling of accomplishment that the game induces was also startling; I was surprised at the immense sense of relief I felt when I finished the game.

The dark, claustrophobic environments that the game takes place in certainly contribute to its scare-factor, but I think that the sound design is actually the key to Hellnight’s success as a horror game. The sound is spare and ominous; what little music there is quiet and unassuming, and its lack of dramatic crescendos increases the level of tension. The only other sounds are those the monster makes, mostly grunts, growls, and footfalls, and the beating of your own heart, which increases as you run for sustained periods. This sparse approach to sound reenforces the feeling of isolation and hopelessness that the story and visuals have created, and is a key part of the winning formula that Hellnight employs.

In addition to the excellent horror elements, the game design itself is very interesting. The story branches and changes depending on how you play; if Naomi dies and you are able to escape, you can eventually meet and partner with other people, which causes the story to change significantly. Towards the end of the game some things change, and the characters that have been introduced thus far are made much more interesting. Finally, though most of the traditional puzzles are standard item fetch quests, the meta-puzzle in Hellnight is encoded in the level layout: in each level you must identify loops and exits so that when the monster arrives you have a way to escape without backtracking. The difficulty of this traversal puzzle gets cranked way up at the very end of the game, but again, it’s extremely rewarding to complete.

There are a few problems with the game, but most of them are so minor that they are hardly worth mentioning. This is a ten year old game, old enough that it lacks DualShock support, and some of the nuts and bolts of the game play lack a level of polish that we’ve become spoiled enough to expect. Specifically, it’s sometimes possible to get stuck in collision, especially on a moving walkway, which can mean death when you are being pursued by a giant hyper-evolutionary monster. The game also really needs a quick turn around button. Still, these complains are exceedingly minor; the whole game works so well that there’s really very little to find fault with.

Hellnight is proof that horror games do not need to rely on technology to be good. Even with rudimentary graphics and game play systems, Hellnight is an incredibly scary game. Part of the premise of my research on this site is that game design decisions that focus on horror are much more important than the actual details of the implementation, and Hellnight seems to go a long way to proving that theory out. I highly recommend Hellnight to anybody who is interested in horror games; it is fantastic. 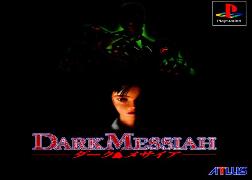