Nanashi No Geemu (lit. “Nameless Game” or “Game With No Name”) is a really interesting example of survival horror. First of all, it’s a Nintendo DS game, and despite the difficulty of building tension on a handheld device, Nanashi No Geemu does a pretty fine job. Second, it’s self-referential and uses its medium as an axis for horror; the game is about a cursed handheld game that kills its players. Finally, there is a hard-core attention to detail when it comes to the cursed game itself; in addition to looking and playing just like an 8-bit RPG, errors and visual artifacts reminiscent of NES-era consoles begin to appear as the curse takes hold. When I wrote about my initial impressions of the game I was pretty excited–this is the kind of thing us survival horror geeks love. It’s innovative, different, interesting, and surprisingly effective.

But now that I’ve completed the game my feelings are a little more mixed. Yes, the game is a fantastic idea, and yes, the use of a Dragon Quest-like RPG as a way to build tension is a stroke of genius, but the rest of the game lacks this same charm. Most of the game is spent exploring 3D environments, and the game play in these sections is, quite frankly, lame. The environments themselves look good, and though it’s a bit arduous to move in first person using the stylus and D-pad while holding the DS like a book, the mechanics basically work. The problem is that there’s just nothing to do in the environments. They are all mostly linear, there are no items to find or collect, no major puzzles blocking your path. It’s pretty much just “walk from point A to point B.” You can’t even examine most of the objects in the game world.

Along the way you will be occasionally accosted by strange ghosts, who walk around like zombies and can kill you in a single hit. The only puzzles in this mode involve deciphering how to avoid the ghosts. You have no means to attack them, so avoidance is the only option. Sometimes the solution is to leave a room and re-enter it again, which often causes any ghosts in the room to vanish. But when that doesn’t work, your only option is to try to run away and wait for the cursed game to “call” you.

At regular intervals the cursed game will show up and you are compelled to play (even if you are standing only inches away from some malicious ghost monster). The purpose of the RPG mode is to give you hints about how to complete the area you are currently exploring in 3D. It contains a lot of dialog (it’s an RPG, after all) and occasionally presents a puzzle, but mostly it exists to advance the plot. I did like how it recreates the layout of the dilapidated hospitals, hotels, and homes that you must explore in 2D top-down 8-bit graphics; the idea is very cool but in the end there’s very little depth.

So that’s the entire game. A short introductory text sequence, followed by a new area to explore in 3D which is interrupted periodically by the cursed game. Lather, rinse, repeat. Famous game designer Sid Meier once defined games as “a series of meaningful choices.” By that metric, Nanashi No Geemu is hardly even a game. There’s almost no choice involved at all. There’s only ever one solution to every problem, and the path to each solution is forced and linear. Even worse, there are some extremely frustrating sections where you must either wield the clunky controls perfectly or continue blindly into certain death and rely on an exception to the regular game rules to survive.

It’s fair to say that Nanashi no Geemu has some serious problems. The game play is extremely shallow, and while the story isn’t poorly written, it’s pretty hackneyed and routine (although I expect game development folks to get a kick out of the over-work-at-a-game-company-drove-me-to-murder angle). The game is so dark on my first-generation DS that it is almost impossible to play with any sort of ambient light; I ended up finishing it in a pitch-dark room because that’s the only way I could see where I was going. And the save points are way too few and far between; even though the DS can sleep at any time, I lost progress more than once because I ran out of batteries before I was able to reach the end of a section and save.

And yet, despite all the problems, the thing that confounds me the most is that Nanashi No Geemu can actually be pretty scary. I think that the combination of 3D exploration of some foreboding locale and the meticulously recreated 8-bit RPG makes the game more believable. As I wrote in my initial impressions, The authenticity of the RPG lends authenticity to the rest of the experience. Once the RPG shows up and is so expertly created, players who themselves have experience playing RPGs can’t help but be sucked into the rest of the experience. And the game backs this up with a completeness to its presentation; even a false (but completely believable) DS main screen is present to reenforce the game’s fiction.

But the real source of horror, I think, is the sound. The audio design is very well done, and it is the final (and perhaps most important) ingredient in Nanashi No Geemu’s horror formula. The game advises you to play with headphones, which turns out to be critical to the experience. In the 3D mode, the positioning of sounds in the world helps you navigate, but it also means that you can hear the ghost monster behind you dragging his feet as he approaches. In the RPG mode, the sound and music become another vector by which the corruption of the game is made evident. And by the time the game music starts to become audible in the real world, it’s so familiar and recognizable that its presence alone feels malicious.

Nanashi No Geemu is a fascinating game. As a game, it lacks depth and longevity, and just isn’t all that fun. As horror, its approach is extremely interesting and fairly effective despite its technical constraints. I can’t decide how I feel about it in total; the lack of compelling game play is a big dent, but it’s almost completely compensated for by the fantastic presentation, attention to detail, and innovative game-within-a-game mechanic. I guess what I can say is that this game is highly recommended for folks who, like me, are interested in the various forms that horror games can take. If you are just looking for a good horror game on the DS, this might work for you if you can stomach slow, repetitive game play. If not, you might want to look elsewhere. 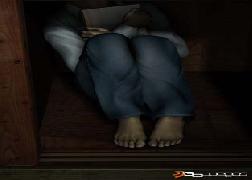 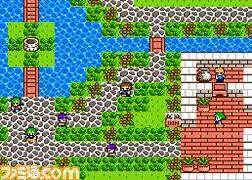 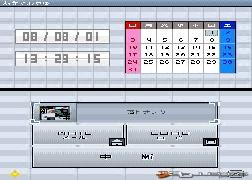 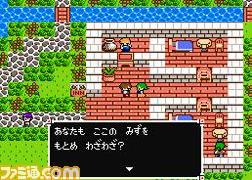 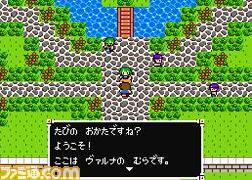 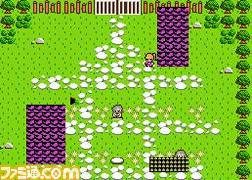 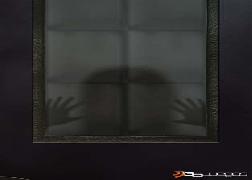 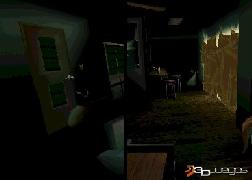 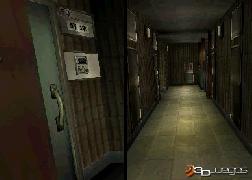 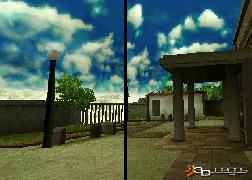 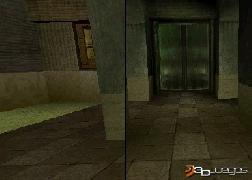 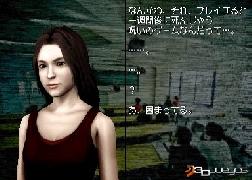