I had problems with the original Dead Space. It played well enough and was clearly a high-end, well-produced game, but it just didn’t do anything for me. There was nothing to keep me interested, and for a guy who has a whole site dedicated to horror games, that’s saying something. In my review of Dead Space, I concluded that the major problem with the game was that it was simply too straightforward; it almost never required me to think very hard about what I was doing.

I am quite happy to report that Dead Space 2 is a significant improvement over its predecessor. The game remains an incredibly polished high-end game, but certain changes to the formula allow it to be much more successful, both as a fun action game and as a scary horror game. Rather than just enumerate all of the improvements Dead Space 2 makes over the original, I’m just going to focus on the areas that I think afford horror in the game.

By far, the most dramatic improvement is in the design of the levels, both in terms of the layout of the space and the way the levels are visually represented. Dead Space 1 had pretty much one level theme: “inside a space ship.” Dead Space 2 provides a significantly more diverse environment. The key is that Isaac is no longer on a space ship: he’s now wandering around a giant space colony. There are malls, stores, and government high-rises. The setting allows the narrative to explore environments that are common to horror games, including a church, its morgue, and even a school. Though Dead Space 2 also has its share of maintenance shafts and studded metal hatches, on the whole the levels are much more diverse and interesting. Each area looks visually different and the overall color palette changes from area to area as you progress, making it much more visually appealing. It’s still a pretty linear affair, but now there’s a lot of reason to progress: it’s fun to see what’s coming next.

The second key to making Dead Space 2 a better horror game is the focus on characters. Isaac in particular has a lot of dialog this time around, and he’s constantly taking his helmet off, which reminds us that he’s still just a fragile human under that badass armor. There is a fairly poor plot twist early in the game, but after that the characters are interesting and believable. Isaac is still a pretty stoic dude, but his character is improved by the constant appearance of his dead fiancée. Her apparition is scary in and of itself (and she looks phenomenal, with light pouring out of her eyes and mouth), but her real benefit is that she gives Isaac a chance to reflect, show some weakness, and maybe wonder whether or not he’s gone completely crazy. The voice acting helps sell the characters as well; at one particularly great point we hear Isaac’s voice start to falter, and we know that he’s really nervous about the area he’s about to enter. Because he’s been established as a real character, the effect works: we get pretty nervous too.

The rest of the game is pretty similar to its predecessor, but everything has been streamlined. Gone are the terrible mini games, but the interesting power node system returns. Most of the puzzles still involve shooting, time slowdown, or telekinesis, but they are better constructed and more fun than before. Zero G movement is vastly improved, and the level segments without gravity is where some of the most interesting exploration problems take place. And, when Dead Space 2 decides to be a big, bombastic action game, it pulls it off really well and doesn’t overdo it. Some of the problems from the original return (the invincible enemy still isn’t any fun), but for the most part Dead Space 2 is better in every category.

It would be remiss of me not to mention how fun the gameplay is. Even absent the horror content, Dead Space 2 is a really awesome shooter. There are certain weapons that seemed weak initially but with practice became insanely powerful. The weapon variety is also nice; once I found four guns that I was happy with I didn’t even bother buying any others because I was very satisfied. As I mentioned above, the levels and puzzles are also improved, so even if this game wasn’t about scary stuff I think it would be quite enjoyable. I got pretty hooked and finished all 13-odd hours in three or four lengthy gaming sessions. Importantly, the design has come into its own; it has progressed beyond “Resident Evil 4 in space,” which seemed to be the guiding idea behind the first game.

All that said, I think that Dead Space 2 still sells itself a little short. All the parts are there, and this time around they work together very well, but the game never reaches that transcendental state where the mechanics fall away and you are absolutely immersed in the game. Dead Space 2 is still too straightforward to be an excellent horror game; while it’s much more interesting than the original Dead Space, it still doesn’t give us enough cognitive meat to chew on.

To understand where Dead Space 2 goes astray, we need to be familiar with the concept of negative space. Negative space is all the things that the game doesn’t tell you; the areas that it suggests exist but never renders clearly. It is where all of the paths that are blocked off lead; it is what’s behind the locked door you can never open. It’s the parts of the story that are suggested but never addressed, or the answer to riddles posed by conflicting evidence. It is the area where your imagination is free to roam, where no solutions have been authored in advance. It is up to you to fill in the blanks, draw connections, and come to your own conclusions.

Negative space is a fundamental part of almost all forms of successful horror media because it allows the author to create fear that is tailored just for you. Or rather, the author lets you create your own fear; negative space allows you to come up with a personal explanation for things, and that’s almost always scarier than anything a game or film can show you on the screen. Is Silent Hill a more interesting place when we believe that it’s the creation of a crazy cult that’s into organized crime? No! It’s a much scarier place where there is no explanation, when the logic that guides it is apparent but fuzzy, when you yourself have to guess at what is going on.

Dead Space 2, like its predecessor, doesn’t build enough negative space for the player’s imagination to explore. Not that it doesn’t try–there are details and hints dropped occasionally that contribute to a small amount of mystery, but for the most part the events that occur in the game are pretty cut and dry. The linearity of the levels contributes to this; there’s only ever one correct way to go, and you have a little tool that will draw a line in that direction if you get confused (though, to be fair, the end of the game handles this very well). The dialog and logs left by former crew provide a few juicy morsels, but most of them are concerned with the next short-term goal rather than expanding the depth of the universe within which the game operates.

For example, early in the game we learn about “planet cracking,” a futuristic slash-and-burn practice that extracts resources while destroying the source, but this idea is not revisited over the course of the game. It’s mentioned in passing at the very, very end, and by then the effort is wasted; you could remove those details from the game an not affect the experience one bit. The few bits of narrative mystery that are there seem to be concerned with setting up a plot for some future game rather than expanding the imagination space. The biggest potential mystery of the game, namely “where did all these monsters come from,” is answered pretty concretely early on and then never revised. The eye machine, which is referenced obliquely over and over again in dialog, eventually comes and goes without the revelation of any new clues or any obvious change in the game. Dead Space 2 has many opportunities to expand the area of negative space it provides, but in most cases it passes them up to its own detriment.

In addition to a negative space that it two sizes too small, I also think that Dead Space 2 respects the player too much. I’ve mentioned how “respectful” design can hurt horror games before. The idea is that the game shouldn’t change the rules on the player mid-way through the game. In fact, it should take steps to enable its content to be more accessible to a wide range of players, like automatically adjusting difficulty or making it very obvious what the rules of the game are. This approach is correct for most types of games, but it can be antithetical to horror. The horror game requires that the player be kept on their toes; they need to feel as if they are not in control of the situation in order for it to remain scary over the length of the game. Not knowing what the rules are, or believing that the rules can change at any time, is an extremely effective way to keep the player from becoming comfortable and treating the game as a purely mechanical problem.

Dead Space 2 would be a better horror game if it respected the player just a little bit less. For example, Isaac often has to climb into maintenance shafts in order to get around locked or blocked doors. These shafts are like tiny air ducts; the space is claustrophobic, the camera closes in to show only Isaac’s immediate area, and often he travels through walls with some pretty scary-sounding stuff happening on just the other side. These areas are intended to be scary, but ultimately I found them relaxing. I can be quite certain that nothing will ever attack me in a air duct because there is no way to defend myself. The game respects the player too much to allow for a cheap, un-blockable hit, and so these areas are guaranteed to be safe. If the game had hit me once or twice over the course of the game in an air duct, each passage would have been much scarier. I wouldn’t have been able to relax in the knowledge that I can predict the game’s behavior. The maintenance shafts would have become areas where I had no weapons, rather than areas were I am in no danger. To some degree, the slickness of Dead Space 2’s game design also prevents some avenues for horror; it just can’t bring itself to change the rules on the player often enough to keep me unbalanced.

Dead Space 2 is engaging, the production values are through the roof, and it’s very fun. It does a pretty decent job of mixing action and horror, and though I think it misses a few opportunities to expand its horror repertoire, there’s no denying that it’s extremely well made. The improvements over the original Dead Space are simple but effective, and the result is a much stronger game. No longer content as a Resident Evil 4 clone in space, Dead Space 2 has come into its own. It’s a really fun, and occasionally quite scary game. 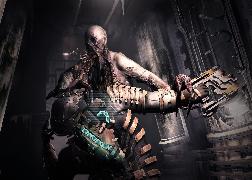 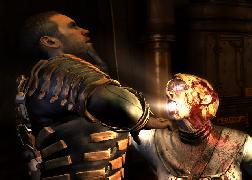 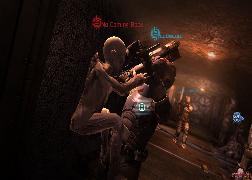 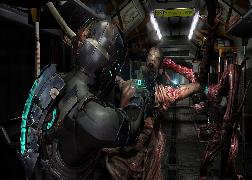