Dead Secret, the mystery game I’ve been working on since 2013, will be released on Steam and Oculus on Monday, so I thought I’d write about something I thought about a lot while making it: strategically setting the player’s expectations. 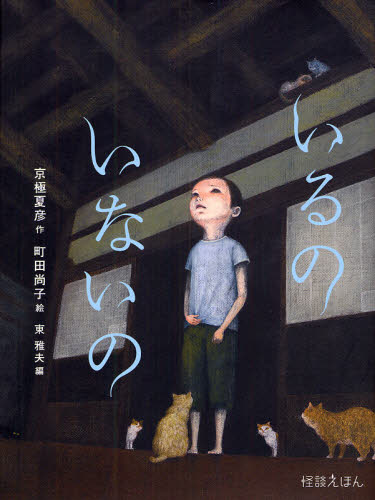 A couple of years ago I was browsing my favorite weirdo bookstore in Japan and found a thin volume called いるのいないの？ (Iruno Inaino?, “Is Anyone There?”).  It is a “horror picture book,” written and drawn in the style of a children’s story, with a hardback binding, simple grammar, and large, full-page pictures.  It’s actually a part of a series of short horror stories all done in this style by a variety of artists.  Despite its looks, this isn’t a book for kids.  I hid it on the top shelf of my bookcase so that my eight-year-old won’t accidentally read it before she’s ready (which is probably not for a few years).  It’s scary.

I suspect that part of the reason Iruno Inaino? is effective is precisely because it’s presented as a children’s book.  The protagonist is a child. The narration is from the child’s perspective, in the child’s voice, and uses an age-appropriate vocabulary.  Without spoiling it for the four or five of you who are going to find it on Amazon, import it, and translate the Japanese, it deals with a fear that any child might feel.  A simple, basic fear that we can identify with even as adults.  The story is effective, but the ultimate effect is achieved by all the elements of the book working together to set your expectations and then defy them.  Children’s books, as a rule, are not supposed to be scary.  Definitely not this scary.  The packaging of Iruno Inaino? is designed to be disarming.  It leaves us vulnerable to the sharp edge of the story’s thin blade.

Horror is about loss of control.  It’s about uncertainty.  A good horror story throws us for a loop and plays with our expectations.  Sometimes this happens because the story has been framed to lead our expectations elsewhere.

I do not think that Event Horizon is a very good film.  It’s absolutely derivative of Alien (a better movie by every standard) and offers very little in the way of compelling story or interesting characters.  About half way through it drops all pretense of plot and goes straight for gore.  And yet, the first time I saw it, I must admit that it scared the shit out of me.  There I was, operating under the theory that good horror stories are, first and foremost, good stories, and wondering how this fairly uninteresting example of space fear managed to get the drop on me. After a second viewing I figured it out: Event Horizon was scary because it caught me off guard.  The advertising I had seen led me to believe that it was a 2001-style Space Explorers movie and not a scary horror film.  I went in expecting Mission to Mars and got Alien instead.  Even as a derivative of Alien, the mechanisms it uses are effective, particularly if you are not expecting them.  The second viewing was a comparatively bland affair because I now knew what to expect (Alien, on the other hand, still scares me).

Take, for example, this early trailer for Frictional Games’ SOMA, released almost two years before the game itself came out:

Now, if you’ve played SOMA, you might have noticed something: this sequence doesn’t actually happen in the game.  In fact, the character portrayed here isn’t even the main character.  This entire level segment, the graphics and the script and the physics and the voice acting, all of it was created just for this trailer.  It’s not in the final game, and was never intended to be.  The purpose of this trailer is to show you what SOMA is like without actually spoiling anything.  It’s setting expectations without giving anything away.  All of Frictional’s early trailers are like this. 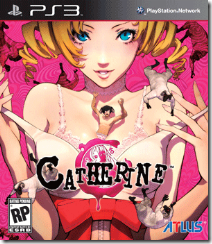 Here’s another example.  The box art for Catherine is provocative. It looks like an anime pin-up girl and it’s designed to make you believe that Catherine is about some sexy stuff. Catherine is in fact about sex, but not the titillating kind.  In fact, every hint of nudity in Catherine is downright nerve-wracking.  The packaging of this game sets it up as some sexy anime girl game so that it can watch you squirm when it starts posing difficult questions about the ethics of long-term relationships. Sex in Catherine is weaponized, and its goal is to make you feel uncomfortable.  It does this, in part, by misdirecting your expectations and then throwing them off a cliff. The blade gets twisted a lot in this game, and it hurts.

The concept of controlling the presentation and packaging of a game in order to misdirect expectations is fascinating to me.  I can’t really talk about the steps we took in Dead Secret without spoiling it.  I will say that we’ve been very careful to only share builds with streamers that contain the first few minutes of gameplay (like this one).  I guess you’ll just have to play it to see the rest.