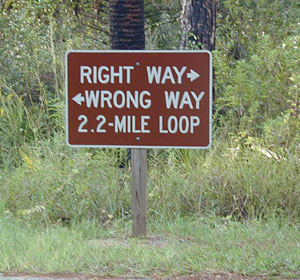 There is a debate among game industry pundits about what games as a medium are about. If you roll with the groups that like to argue academics about video game design, you’ve probably heard of ludology. Ludology (from the Latin ludus, meaning “game”) is the study of video games (and other types, such as board games) in terms of functional mechanics. Ludologists argue that video games are fun because they provide an interface for play within a fixed set of rules. A ludologist might argue that Mario can jump a certain height and break bricks because jumping and breaking bricks are fun actions to perform. Ludology seeks to describe the entertainment provided by video games in terms of the way the player interacts with the game.

In the opposite corner we have the Narratologists. This group believes that video games are most powerful as a story-telling medium, and feel that games provide entertainment because they allow the player to step directly into a fantastical role. Narratology considers games a framework for interactive stories, and in sharp contrast to the ludologists, feel that the method of interaction is secondary to the role provided by the game.

Both of these awkwardly-named groups despise each other with a passion, and each have written reams and reams of arguments defending their position. They seem to flaunt each other with “more academic than thou” arguments, and many of them seem convinced that all ‘good’ video games conform to their perspective. For all their research and analysis, it seems to me that these groups are very easily defined: ludologists like action games and platformers, while narratoligists prefer adventure games and RPGs. Of course, if they stated their position that way they wouldn’t sound so intelligent and academic, so I think they tend to stick to the silly names.

I think that the distinction between interface mechanics and story telling elements is false. I do not believe that these concepts are mutually exclusive, nor do I believe that all video games conform to one method over the other. I’ve come to this conclusion with the help of this Quest; horror games have been my escort out of the mire of confusion that both sides in this argument suffer from.

I think that where the ludologists and the narratologists go astray is in assuming that one method of game design is intrinsically superior to the other. I argue that plenty of games fall evenly in both categories: ICO, for example, is built upon mechanics that are extremely enjoyable and yet the title also manages to present one of the most powerful narratives in a game ever. Another example is the Shenmue series, especially the under-appreciated Shenmue 2. This game has a complex and well-written story that is central to the experience, but it also features a remarkably mature fighting system and more mini-games and reflex challenges than you can shake a stick at. I also assert that there are games that are neither mechanics- nor narrative-based: Electroplankton and Nintendogs are excellent examples.

Rather than divide all games into “mostly about mechanics” or “mostly about story”, I think it is better to define the primary form of challenge that games can provide. I’ve written before about cognitive challenges (“Type 1”) versus mechanical challenges (“Type 2”), and it has also occurred to me more recently that there are several other, less common forms of challenge used in video games (World of Warcraft, for example, features raw player endurance as a form of challenge, as progression seems to be primarily a function of the total amount of time a player spends online).

The other thing I like about categorizing games in terms of challenge format is that challenges have absolutely nothing to do with narrative. Whether the player is asked to make decisions about what to do next (cognitive) or challenged by actually doing the next thing (mechanical), I don’t see any reason that the narrative presented by the game must be affected. Silent Hill 2, for example, has a pretty even split between mechanical and cognitive challenges (both forms are pretty easy throughout the game), but the game also hosts a strong and interesting narrative.

I started this Quest to improve my understanding of game design by examining horror games specifically. I feel like this research is starting to really pay off, as some of the things I’ve learned from horror games are starting to make sense in completely different genres. I might be totally off-base here, but it certainly feels like this project is producing the results that I am looking for. As I have more thoughts about this subject I’ll post them, though I must warn you that in all likelihood I am completely wrong.