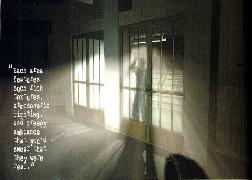 I finished Condemned this week and posted a review. I thought it was excellent; one of the best recent horror games that I’ve played. I went into the game with low expectations (the E3 2005 demo made it look really bad), but by the end boss I was throughly satisfied. Check the review for details about what makes Condemned such a neat entry into the horror genre.

16 thoughts on “One Game I Cannot Condemn”