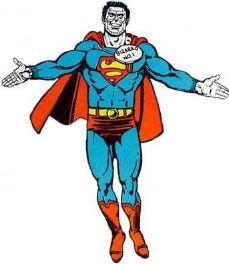 You can learn something about the American economy by watching horror movies. It’s true: when times are good and Hollywood is less risk-averse, we are treated to subtle, interesting, and original horror movies. When the economy is shitty (I hate the word “downturn,” it’s so saccharin), Hollywood responds by reverting to tried-and-true vehicles for turning a profit from teenage audiences (read: whatever worked before; usually sex and gore). During these times the penny-pinchers are looking for “sure bets,” films that they can count on to make a profit, even if that profit isn’t ultra blockbuster. I think that there is probably enough historical evidence to make a Horror Film Quality economic index at this point.

Where such an index to exist, it would be (correctly) indicating that the American economy is in the toilet right now. Take the up-and-coming release of The Eye, a remake of a Hong Kong film from 2003, this time starring white people speaking English. The thing is, the original film wasn’t all that great (at least, I didn’t think so), and by all accounts the remake is even worse.

The concept for the film is interesting enough (a woman undergoes eye surgery to restore her vision and subsequently can see ghosts), but the reason that Hollywood decided to remake it not because it is a good film but rather because it is safe. All the risk was taken back in 2003 when the film was originally made, so all Hollywood has to do is reshoot it with some white actors, throw in some superfluous CG, and call it a day. The whole endeavor is really cheap, so profit is almost guaranteed.

How does this process anger me? Let me count the ways.

First of all, I’m constantly incensed by Hollywood’s need to “sanitize” foreign films for American audiences by inserting white actors and changing the script into English. God forbid we have a movie with an asian (or Indian, or Middle Eastern, etc) protagonist, who could even (blasphemy of blasphemies) speak a different language. Heaven help us if the details of the plot are not explained to us in such excruciating detail that we actually have to think about the film on our own. And it’s a well known fact that no movie with subtitles could possibly be enjoyed by American 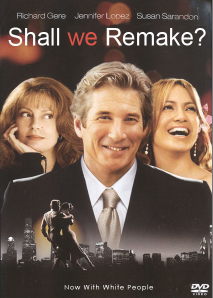 audiences (oh how quickly we forget).

Secondly, for all of its cash Hollywood is almost totally unable to innovate in this genre because films are treated as a business rather than an art. There’s nothing wrong with business–you need money to fund art, after all–but good art requires risk, and business is the process of removing risk in order to maintain profitability over the long term. So instead Hollywood remakes like The Eye, The Ring, The Grudge, and Dark Water (not to mention non-horror films like Shall we Dance) are made on the backs of the people who took the risk and made something interesting for a change. These are usually minor film makers with almost no budget, working without the aid of high-end special effects teams or multi-million dollar marketing campaigns. Once they’ve proven that a new idea might actually be something that viewers want to see, Hollywood can just pluck up the rights, discharge a remake, and take all the credit (and profit) for somebody else’s hard work. That doesn’t help the genre progress, it doesn’t expand the size of the audience, and it certainly doesn’t encourage the propagation of original films. It’s a one-sided business weighted entirely in Hollywood’s favor.

Finally, films like The Eye are hardly worth remaking! If they enjoyed the original, why not just re-release it here with English subtitles and a small marketing blitz? That’d be far cheaper than reshooting the whole thing, and they have a chance of creating an instant cult classic. Besides, the critics prefer the original versions of these films almost every single time–it’s not like improvements are being made by Hollywood. The original Eye isn’t such a great film, but it’s better than the American rendition.

Hollywood remakes are like Bizarro versions of real films: flakey and nonsensical. The industry and its audience would be far better off if the original films were just released verbatim in this country. Maybe when the economy corrects itself there will be a return to interesting American films (or even better, a surge of foreign imports), but for the moment the pickings are pretty slim.

11 thoughts on “Eyes on the Prize”