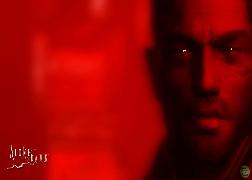 Thanks to forums member RainbowDispair for pointing me to this interview with Nour Polloni about the up-and-coming Alone in the Dark 5. Polloni is the producer on the project, and she reveals a lot of details about what the game play will be like and what players should expect from the game.

From the interview it sounds like it will be an action-oriented game in a large, almost free roaming environment, and by the way they want you to know that they have PHYSICS that are JUST LIKE REAL LIFE. Polloni seriously harps on this point several times; the focus of the game, at least according to her, is to be as realistic as possible. That’s certainly a really hard thing to pull off, and precious few games (Half-Life 2 is the only one that comes to mind) have really made it work.

That said, I’m very interested in what they come up with; the move toward action-oriented game play certainly isn’t surprising (le sigh), but on the other hand this game could turn out to be the best Alone in the Dark since Alone in the Dark 2: One Eyed Jack’s Revenge.