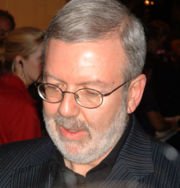 Somebody set up us the skull

Ever since I started thinking about what game scores really mean, I’ve been bothered by the warped scale that the game review industry seems to use. If you follow sites like metacritic.com or gamerankings.com, you have probably noticed that most games fall into a very small range of scores. There’s no difference, for example, between a score of 30% and a score of 40%; both mean that the game is terrible and you shouldn’t buy it. On the other hand, there is a huge difference between 70% and 80%; one means that the game is so-so and the other means that it’s very good. Even the delta between 79% and 80% is enormous. And finally, ratings over 90% are just fodder for angry fanboys; is a 96% game really perceptibly better than a 95% game?

In short, the ratings curve for video games is extremely warped. Interestingly, aggregate review systems for other types of media don’t seem to have this problem; a review of 50% on rottentomatoes.com means what you would expect: that the film is throughly average.

Anyway, I had been thinking of changing my scoring system on this site to better reflect what I think reviewers mean when they select scores. I wanted to get away from actual numbers (too granular) and compress the range of possible scores down into a smaller set. While I was thinking about how best to do this, 1up.com switched from using numbers to letter grades. Letter grades seem like a pretty good system, but I’ve decided to go for something even less granular.

As of now, all games on this site are rated with a system that I ripped off from Leonard Maltin: 4 stars or a skull. I’ve detailed the individual ratings in the FAQ, but generally, four stars means “awesome,” one star means “just ok,” and a skull means the game is terrible. I think that this system will better communicate the value of individual games without getting too specific about how many percentage points better one game is vs another. And, in following with 1Up’s policy, the internal table for converting between my star rating and the warped scale used by the rest of the world will not be published.

I’ve changed the Horror Games and Reviews pages (and some others) to reflect the rating system changes. Check it out and let me know what you think.