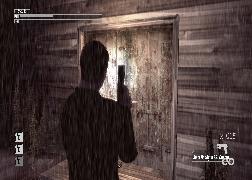 I’ve been quiet for a while. I can legitimately blame this on work, and travel, and more work, but there is also another reason: Deadly Premonition took me a while to beat, and it’s taken me even longer to start to wrap my head around. I have a lot to say about Deadly Premonition, but rather than simply post a mega-review, I’m going to split my thoughts up into a few news posts (which I’ll collect at the end for the Deadly Premonition page itself).

This isn’t really a review as much as a stream of consciousness; the game pushes a lot of buttons and rather than trying to enumerate them all, I think I’ll just meditate on the game a bit. That seems like the correct way to approach this particular game.

Before I get started, let me give a short mini-review for folks who don’t care what games mean. Deadly Premonition is Twin Peaks, in game form, as seen through Japanese eyes. Though wacky, it’s fairly low-tech; some of the mechanics are extremely rough, the game play systems feel at least a generation old, and it’s not going to win any awards for prettiness. But what Deadly Premonition lacks in technical polish it more than makes up for in storytelling, characters, and most importantly, its integration of game design and visual presentation. It’s worth playing for any of those pieces, and in combination the game is fascinating. Deadly Premonition is to Resident Evil 5 what Tetsuo the Iron Man is to Terminator 2. If you have any interest in games that experiment with story telling and mechanics, Deadly Premonition is more than worth your time.

The internet, particularly one specific blog about games, has made a big deal out of the ridiculousness of Deadly Premonition. The music doesn’t match the scenes, the characters and dialog are often nonsensical, and the whole thing has a decidedly strange sense of humor. It’s very easy to write this strangeness off as normal “Japanese insanity,” and in truth, there are a few aspects of the game that seem strange because of culture clash. But I think that chalking Deadly Premonition’s strangeness up to the cultural divide is a vast oversimplification; classifying it as weird just because it came from a foreign country does the game, and its designers, a disservice. Deadly Premonition is weird, but the odd, off-beat rhythm that it follows–something Freud calls ‘the uncanny’— is entirely intentional.

The way to think about Deadly Premonition is to consider it the game version of Twin Peaks, the fantastic TV show by David Lynch and Mark Frost. I went back and watched Twin Peaks while playing Deadly Premonition, and the similarities are unarguable; some characters and scenes have been directly lifted from the seminal show for use in this game. At one point I was having trouble remembering which events were unique to the game and which had occurred in the show’s plot as well. Replace the Log Lady with the Pot Lady, substitute the town of Greenvale for Twin Peaks itself, and insert Agent Francis ‘York’ Morgan in the role of Agent Dale Cooper, and you have created Deadly Premonition out of Twin Peaks. To say that one is influenced by the other is an understatement; though the stories do branch and change, for most intents and purposes, Deadly Premonition is Twin Peaks. The game even opens after each reload with a video summarizing recent events, mimicking the way Twin Peaks and other shows open with a short 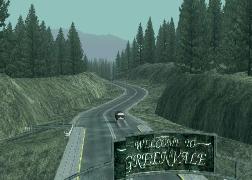 summary of the previous episode.

Both Twin Peaks and Deadly Premonition star FBI agents who use unconventional means to locate their suspects. Agent Cooper throws rocks at a milk bottle while Agent York goes fishing for missing files. They both have a love of food, particularly coffee, and they both speak with a timbre that we, and the other characters in the game, find strange. Both are visiting rural American towns from the big city, both are investigating the murder of a young woman with a double life, and both are outsiders. They both use dreams to guide them, and find significance in bits of evidence that appears inconsequential to the police. Agent Cooper notices a picture of a suspect on a particular magazine page and Agent York gathers clues by reading words out of his morning coffee.

It is within this context that Deadly Premonition must be understood. The game is not a carbon copy of Twin Peaks, but it’s a very close relative, like The Magnificent Seven is to Seven Samurai.

And within the context of Twin Peaks, Deadly Premonition’s strangeness doesn’t seem so out of place. Twin Peaks itself is very strange; there is much that goes unexplained, so many scenes that leave the viewer feeling more confused than ever. This is, after all, a production involving David Lynch, a director who’s never been particularly interested in handing the answers to his audience on a silver platter. No, the strangeness in Deadly Premonition is mostly intentional, as it is in Twin Peaks. Agent York sort of acts like a lunatic because that’s the sort of personality required to resolve the mystery with which he is tasked. Agent Cooper is able to track his ghostly killer because he is able to follow a path that leads away from the rational world and yet eventually arrives at the correct result. Deadly Premonition may be strange, but it’s strange for a reason, and that reason has a lot more to do with its story than just being from Japan.

That said, the sort of unbalanced, off-kilter, uncanny feeling that Deadly Premonition promotes is indeed at least partially the result of culture shock. As I’ve written here many times before, culture shock is an asset to horror because it makes us feel like we’ve lost control. Deadly Premonition does this intentionally as well, but as with many other Japanese games, its very foreignness helps it scare us. The town of Greenvale itself is perhaps the most obvious example of this effect. The town looks like a rural American town in the Pacific Northwest; it has been painstakingly reproduced in digital form by the developers, who visited parts of Oregon and Washington to do location research during Deadly Premonition’s development. As diligently as it’s been recreated, Greenvale feels, to my American eyes (and as somebody who grew up in Oregon), a little like something out of The Twilight Zone. It reminds me of Santa Destroy from No More Heros, another game by Japanese developers that attempts to recreate an American town (though that one appears to be in Southern California). Little things here and there are wrong; for example, not only does each street in Greenvale have a name, the street names change every block. Most streets in Japan do not have names, so perhaps the designers at Access Games misunderstood how street names are used in the US. Or perhaps it was intentional. So much is intentionally odd in this game that it’s hard to tell. Whatever the rationale, the result is that Deadly Premonition can be more engaging and upsetting than it has any right to be.