I’m not sure what to say about Cold Fear exactly. It’s got all the components of a good horror game, excellent graphics, and some genuinely creepy environments, and yet I can’t think of a single moment in the duration of the game that I felt like I was having fun. The game is a chore, from start to finish; it’s like a lifeless husk of a game that, by rights should be really fun, but for some reason I found it awful instead.

Cold Fear is a survival horror game that takes place first on a whaling ship and then later on an oil rig. It’s not the first horror game to take place in these locales: Carrier and Deep Fear covered this territory many years earlier. In fact, there are a lot of parallels between Cold Fear and Carrier: both take place on a ship, both involve research into some alien organism that turns people into zombies, both star a blonde super-soldier character, and both include invisible enemies. I also suspect that both games were intended to get the jump on the next Resident Evil release; Carrier’s developers were probably trying to get their game to market before the vastly superior Resident Evil Code Veronica came out, and Cold Fear looks like it was designed to benefit from Resident Evil 4 pre-release mania. Granted, Carrier is even more of an atrocity than Cold Fear is, but neither game is very good.

Cold Fear is a survival horror game that clearly falls in with games like Resident Evil 4 and The Suffering because it pushes action elements and gunplay to the fore. The player has a number of powerful firearms at his disposal, the protagonist is never portrayed as vulnerable, and the game is full of exploding heads and other gore. As an action game, it’s not half-bad: the gunplay is fine (apart from the aiming, which I’ll get to in a moment), the weapons work as advertised, and the control scheme is pretty good. And there are plenty of horror elements here as well. The environment design in particular uses light and shadow really well, and some of the rooms on the ship are really quite creepy. It’s also worth noting that the graphics in Cold Fear are pretty phenomenal; I played the PS2 version, and I was quite impressed with many of the scenes, especially the outdoor storm effects and atmospherics. Darkworks clearly has very talented engineering and art teams.

The problem with Cold Fear is that none of that stuff matters because very quickly flaws in the game design shatter any belief you might have been suspending. The game loses all of its ability to be scary (and later, fun) to a few key game design decisions that, in combination, prove to be deadly sources of frustration. I ranted about some of the problems with Cold Fear a few months back, and I was surprised by the number of people who seemed to have played the game without any error. I later revised my assessment of the failures of this game and concluded that fundamentally, Cold Fear doesn’t give the player enough information. I’ve thought about this a bit more (I had to think about something while slogging through the remainder of the game), and I’ve come up with a short list of the design decisions in Cold Fear that ruined the game for me.

There are other problems, but these four are the robot lions that combine to form the Voltron of failure in this game. Now, each of these problems is not a deal-breaker alone, but together they make for a terrible play experience. The really killer problem is the save system, because unlike most other games, you can’t anticipate save locations or manage your character’s health and ammo before you save. Case in point: when you reach the end boss, you are forced to fight him with whatever ammo and health you happened to have at the last save; you can’t go back, there are no health items in the boss area, and, if you are like me and got there with less than 50% of your normal life, the boss fight is frustratingly difficult (as an aside, it’s also a terribly designed boss fight for other reasons–ugh!).

So you run around looking for some room you can’t find because there is no map, and along the way you encounter a lot of zombies, which you have a tough time killing thanks to the terrible aiming system. When you finally get to where you are supposed to go, your health and ammo are depleted. The game asks if you’d like to save, and you have to hesitate. On the one hand, you just played for an hour and don’t want to do all that crap again. But on the other hand, if you save now in your weakened state, the next section could be close to impossible. There’s no indication if the room you will end up in post-save is an item-rich treasure trove or a huge boss fight, and since you can’t carry items around for later use, you pretty much have no option but to press forward with however little resources you may have.

This may sound like I’m picking at nits, but seriously, this happens all the time in this game. Some people seem to play through it without every encountering these issues, but I suspect that they’re simply lucky enough to figure out where to go before they run out of resources (I’m also told that aiming with the mouse actually works). The moment-to-moment game play in Cold Fear isn’t very challenging (other than the aiming, which just feels broken), but there were several times that I almost gave up on the game due to frustration; it doesn’t matter how good a player you are, the game simply will not allow you to kill zombies if you run out of ammo.

The other elements of the game, such as the story, character development, and enemy design, are all a mixed bag. The zombie design is very nice (I really like the glowing Morlock eyes), but the exocel monsters (basically the bugs from Extermination) are quite lame. The story is very well written, and the characters developed though a series of diary entries and other files that you find are pretty good. But the plot itself is quite cliche, and the characters that matter (like the protagonist) are completely underdeveloped. It’s pretty much generic macho guy shooting zombies so he can save generic hottie that he has generically fallen for after exchanging 30 seconds of dialog. All of these aspects of the game would have been more than sufficient if the core game play wasn’t so broken; as it is, they just add to the intense mediocrity of this title.

In summary, Cold Fear, like Call of Cthulhu and a few others, has all the right elements for a good horror game and yet fails to glue them together with good game play. The graphics are great, the environments are creepy, and the story isn’t half-bad. It’s just that playing the damn thing isn’t fun because a couple of key decisions suck you right out of the experience and destroy any sense of enjoyment. The game isn’t a complete failure, and I’ve heard that some people manage to unwittingly avoid some of the worst sources for frustration, but there’s really no way that I can recommend Cold Fear. 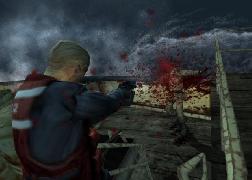 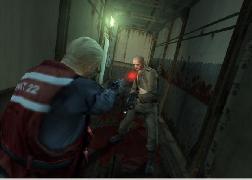 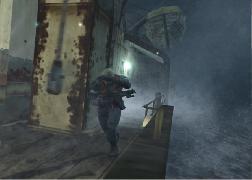 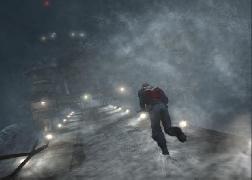 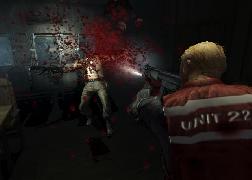 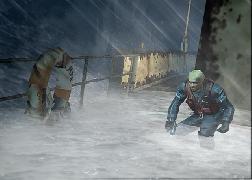