Carrier is the quintessential Resident Evil rip-off: it manages to copy the basic RE mechanics, add a few superfluous features to the mix, and venture off into amazingly mediocre territory.

To understand Carrier, imagine Resident Evil with a 3D engine. If you are thinking of Code: Veronica, reverse the graphical quality level back several large notches. Now imagine that the game takes place on a huge boat, and instead of zombies there are zombies with plants growing out of them. Now take the RE combat system and kick the teeth out of it, and while you are at it reduce the available weapons to five. Sound boring? Guess what, it is.

The developers of this title were obviously banking on the fact that they have a fully 3D engine, as nothing else about their game is even close to Resident Evil 1 quality. Even though the script seems to have been translated fairly well, the voice acting horribly delivered. The character animation is similarly terrible, and the in-game cut scenes are often so poorly composed as to be laughable. But the biggest problem is that there isn’t really much going on in Carrier. All the rooms and hallways look pretty much the same, the zombies are easy to kill or avoid, and the story is pretty simple. I doubt that the 3D-ness of this game made it as popular as the developers had hoped; the vastly superior Code Veronica was released just one month after Carrier.

Even though it is quite the RE derivative, Carrier does manage to introduce a few nifty gameplay elements to the standard formula. The best of these additions is a special visor that can be equipped at any time. The visor shifts the game to a first person perspective and allows the player to identify hidden objects and infected crew members. The neat thing about the visor is that it takes several seconds to focus, and you’d assume that these precious seconds put your character in potential danger. However, even though the visor is well executed, it isn’t used enough in the game to really be important.

In the end, Carrier suffers from intense mediocrity. There isn’t anything here you haven’t seen before, but on the other hand nothing (besides the character animation and voice acting) has been executed terribly either. This is the most difficult type of game for me to play through: there are not enough problems to laugh at and not enough content to keep me interested. Oh well, all games must be completed in the name of the Quest! 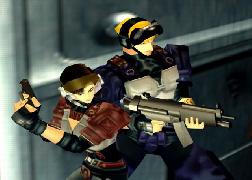 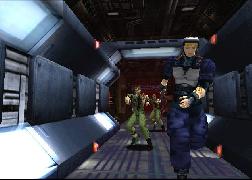 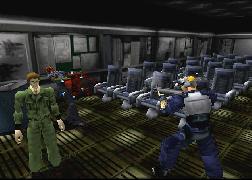 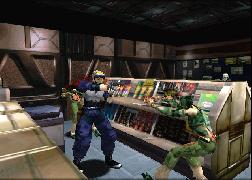