Also known as: Forbidden Siren
Platforms: PS2
Release Date: 2003-11-06
Regions: USA Japan Europe
Chris’s Rating: ★★★★
Extremely innovative–and extremely difficult–entry into the horror game hall of fame. A masterpiece for those who can muscle their way through it.

Siren is a really interesting game. It is quite clearly survival horror, and yet it is unlike any other horror game I’ve ever seen. The visual style is very similar to the Silent Hill series, and though the story was written by two of the original Silent Hill team members, Siren is nothing like Silent Hill.

The story is straightforward at the beginning. Something is very wrong in the small mountain village of Hanuda. The waters have all run red and the residents of the town seem to have turned into zombie versions of their former selves. A small group of people, mostly unarmed, must try to make it out of the village alive. As the game progresses, the story is told in small, out-of-order snippets, leaving it up to the player to put the pieces together.

In Siren you will play as a variety of characters, each with his or her own strengths and weaknesses. The characters in Siren are well developed through in-game dialog, cut scenes, and information found throughout the game. Some characters have weapons, but most do not. Some don’t even have flashlights. And all the characters in the game are in the process of slowly turning into zombies themselves, and it’s particularly disturbing to be attacked by a character you recently were able to control.

But slowly turning into a zombie does have its advantages. First of all, your characters can heal just by standing around (there are no health items or life bars in the game). This is a good thing, because all of the characters are regular joes who can only take a few hits before dying. The other advantage is that each character can “tune in” on shibito (Siren’s word for their rather special type of zombie) in the area and see through their eyes.

This leads us to the central gameplay mechanic in Siren: sneaking. The characters in the game are far too weak to take out all the shibito, and even if they could the shibito come back to life after a few minutes. So the only course of action is to sneak through each level, distracting the zombies by making noise and looking through their eyes to find blind spots. Often you will have to lead another character through a level, which makes the experience even more difficult: not only do you have to stay hidden from the shibito, you have to make sure that the person who is following you is out of danger.

Siren is a hard game. It’s by far the most difficult horror game I’ve ever played through, and it’s probably in the top 5 difficult games of any genre that I’ve played. Like all sneaking games, Siren requires a lot of patience. Unlike Solid Snake or Sam Fisher, the characters in Siren are defenseless when they are caught. So each level requires that you look at the map, look through the eyes of the shibito, plan a route and pick blind spots to hide in. But sneaking deftly won’t be enough: to play Siren you must be thinking on your feet, as most of the puzzles are not your standard “find the key to the single locked door” fair. And when you do get into combat, you still need to concentrate if you hope to win; combat is methodical and all about getting the timing down, and it takes quite a while to get the hang of it.

Siren is so hard that it can be very frustrating. It seems to be very repetitive as well: you’ll play the same levels more than once, and you play through the same areas with different characters many, many times. However, what one must understand before attempting Siren is that none of these design choices were made hapazardly; they were all chosen with the upmost care by the game’s designers. In fact, playing through the same areas over and over is absolute requirement for this game, as each time through you will learn new places to hide and get a better idea of the topology of the map. And repeating the same missions is part of a grander level unlocking scheme, which opens up a whole new dimension to the game about 4 or 5 hours in. I wrote about my initial frustration with the game several months back, and followed that post up with my revised opinion once I got a bit further in.

Speaking of play time, Siren is a long game. It is very very long for this genre, and pretty long for games in general. Survival Horror games tend to be pretty short (Resident Evil games usually clock in at about 12 hours, Silent Hill is close to 9 hours, and Clock Tower 3 is a measly 5), but Siren is an exception. Though the game time on my save file says 20 hours 31 minutes, this is actually much less than the total time I spent on the game. Playing off and on, typically about 6 hours a week, Siren took me just under seven months to complete. That insanely long play time is rivaled only by a few never-ending games, like Animal Crossing. I went out of my way to complete Siren 100% (though I still didn’t do the time attack mode or the puzzle game that I unlocked), beating every mission and getting every item in the game. It was very hard, and it took a very long time, and I played the same levels over and over again, but it was absolutely worth it.

Siren is a scary game. It’s a totally different kind of tension than the feeling created by most Survival Horror games. Hiding behind a wall as a shibito passes by can be heart attack-inducing, and I found while playing through the game that I needed to periodically remind myself to breath. The level of tension is high and constant, which makes the game easily the scariest game I have ever played.

I’ve talked a lot about how Siren feels, and I’d like to touch briefly on the execution. The controls are solid, though somewhat cryptic. Many reviews have lamented the menu system that Siren uses for investigating and manipulating objects in the game, and I’ll agree that it’s slightly obtuse. The graphics are very good, and the texture quality in particular is fabulous. Like Silent Hill 2, Siren uses a lot of darkness and fog to make its world look scary, but the style works very well. The sound in Siren is absolutely phenomenal: there is no music in the game, but the background blend of sounds that can be heard while playing is exceptionally well done. The voice acting is a little weak, but it didn’t ruin the game for me. The shibito make horrible, horrible sounds as well (heavy breathing, laughing, crying, etc), which really adds to the terror invoked by the game.

The biggest problem with Siren is that it has all these awesome new and innovative ideas, and it doesn’t do enough to communicate them to the player. A lot of the frustration in this game comes from simply not understanding the rules, and once the rules are mastered the game feels a lot better. I wanted to give Siren a rating of about 9.5, but the frustration brought on simply by not being told enough by the game reduced the score.

Here’s what I wish somebody had told me before I started playing Siren:

So, in closing, I am extremely impressed with Siren on almost every level. It’s amazingly innovative, it is a blast to play, and the chill factor is through the roof. However, I have to warn perspective purchasers that this game will not hold your hand, and it will not help you out when you get stuck. It’s very, very hard and very demanding, and the developers rarely go out of their way to make the rules of the game crystal clear. But if you are the type who really enjoys heart-stopping suspense and tension, and if you have a lot of patience, I have absolutely no qualms recommending Siren as one of the best Survival Horror games ever made. 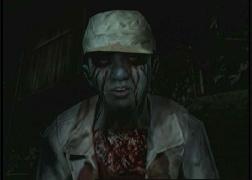 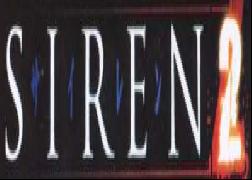 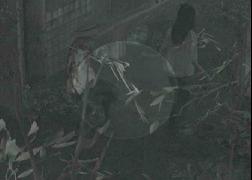 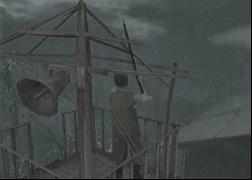 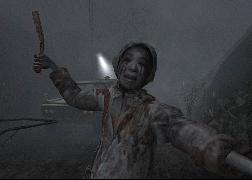 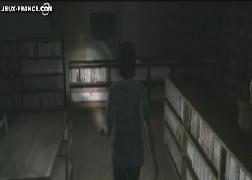 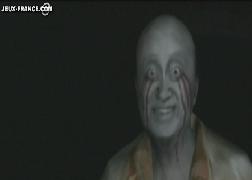 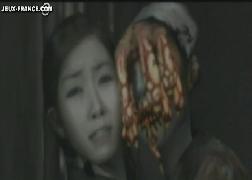