Echo Night: Beyond is the third Echo Night game in the series. The first two were rather obscure Playstation 1 games (the second never left the shores of its native Japan), and Echo Night: Beyond for the PS2 came and went without much notice. In fact, I’ve had my copy for more than a year, and I only decided to take the plastic wrap off earlier this month. I was looking for something slower paced than the beat-em-ups and shooters I’ve been playing lately, but to tell you the truth, I didn’t expect Echo Night: Beyond to really be all that great. After all, I haven’t completed the earlier games in the series and they’ve all been panned by reviewers.

However, after the first few minutes I found myself completely hooked. Echo Night: Beyond is not a fast-paced or action-filled game, but I found it so enthralling that I played it almost non-stop for four days straight. It’s rare that I have this much interest in a game that I’m not already intimately familiar with. Despite the fairly negative reviews, I found Echo Night: Beyond to be a fun, scary, and extremely entertaining game.

The deal with the Echo Night series is that all of them are non-violent, first person Adventure games. All center around ghosts that require help to move on from this world into the next. All include malicious ghosts that can hurt you unless you protect yourself somehow, and all focus heavily on item puzzles. There’s no continuity between each game in the series other than the mechanics. Echo Night: Beyond takes place on a moon base in the future. The base is devoid of people, and as you move around in your bulky space suit, you’ll find that it’s quite old and in disrepair. As the only apparent survivor of a space ship crash, you must search the base for your missing love, Claudia. But even though there are no people here, something continues to inhabit the decrepit space station.

As with its predecessors, Echo Night: Beyond is a first-person Adventure game. Most of the game play involves exploring new areas of the space station, finding items, solving puzzles with those items, and learning more and more about the story through computer terminals and letters. The central game mechanic is the appeasement of the ghosts who haunt the base. Ghosts tend to stay in a single area, and if that area is covered in the mysterious fog that permeates the base, the ghosts may turn violent. Appeasement involves calming the ghost down by removing the fog and then talking to the ghost to find out what is keeping it from moving on. Most ghosts have a specific worry or memory that keeps them on the base, and it becomes your job to resolve these concerns for each ghost you encounter. The stories of each ghost help communicate not only the work that must be done to set them free, but what life on the station was like before everybody died. In return for helping them, the ghosts will often give you valuable information or items needed to progress. If you encounter a violent ghost, your only hope is to run for the nearest door (though sometimes that won’t be enough) before your heart stops. There’s no combat (how can you fight a ghost, anyhow?) and no violence of any kind. Your only goal is to continue deeper and deeper into the base in order to find out what’s happened to Claudia.

The game designers were obviously influenced by works like Katsuhiro Otomo’s Memories (specifically, the Magnetic Rose segment) and films like Outland. The idea of a haunted moon base isn’t entirely new, but the theme is extremely well executed. As you explore the deserted halls of the station, you’ll notice the care and detail that has gone into the design of each room. The designers have obviously tried to make the experience as realistic as possible, and this focus has produced an extremely cohesive and convincing environment. Air locks must pressurize before they can open, computer terminals from foreign ships display in the appropriate foreign language, and moving walkways terminate in small gates to keep passengers from accidentally going the wrong way. Unlike many adventure games, Echo Night: Beyond tries to keep the experience it presents absolutely realistic at almost all times.

In keeping with this strive towards realism, the graphics in Echo Night: Beyond are phenomenal. 98% of what you see in the game is the space station environment, and the developers have really gone the extra mile to make sure that it looks really, really good. Effects seen in few PS2 games, such as reflection mapping on walls and floors, are used to excellent effect and help sell the art really well. Though the game occasionally slows down under the strain of the graphics engine, the slowdown never negatively affects game play, as there’s almost never a need to move quickly or with precision. The art style is really nice as well, and the design of the cabins keeps you on your toes. Many of the halls and rooms in the space station are dimly lit, requiring you to use your helmet light to progress. The colors and textures used are interesting and non-repetitive, and overall the visual quality of this game is top-notch. The environment is also quite creepy, and I found it quite unsettling to explore new areas of the base for the first time.

The quality of the graphics is complemented by excellent sound design. There is very little music in the game, but the sounds that you make as you walk around the station are extremely well realized. Your heavy space suit boots clunk differently on each surface, chairs will creak and turn when you accidentally bump into them, you can hear the protagonists breathing in his helmet, and every elevator, escalator, and moving walkway has its own set of sounds. Like the graphics, the sounds go a long way to selling the realism so desired by the designers of this game.

Of course, not everything about Echo Night: Beyond is perfect. This game is extremely slow moving, and requires more patience than most console games. Moving through the environments takes time, and since there is no combat, the pacing is significantly slower than what many are used to. There are no bosses or mini-bosses, no explosions, and no guns. The goal here is exploration and puzzles, and the absolute lack of action will turn some gamers off. One of the chief complaints from other reviewers about this title is that there’s really not all that much to do other than explore and find items. As a result, you will probably only enjoy this game if you enjoy the environments and the story. If exploring the space station and understanding what happened to it is not your cup of tea, there’s not much else here to keep you interested.

Echo Night: Beyond also suffers from one of the classic problems with item puzzle-based Adventure games. It requires you to exhaustively search each and every room. Should you miss an item, you may not become stuck for hours, at which point your only recourse is to go back and search everything again. This only happened once or twice to me while playing this game, but it’s frustrating and boring to go back through areas you’ve already explored looking for that one missing piece that will allow you to progress.

Finally, the game isn’t very scary. The environment does an excellent job of making you feel claustrophobic and helpless, but eventually the effect wares off. Once you realize that ghosts can only hurt you in certain situations, moving through the station becomes a considerably less stressful ordeal. And ultimately, there’s really nothing other than the environment and the occasional malicious ghost to really scare you at all; it seems like the attempt at horror is half-hearted.

All that said, I really enjoyed Echo Night: Beyond. I was totally taken by surprise by the games competent atmosphere, measured pace, and old-school mechanics. Though it’s not the scariest or the most innovative game under the sun, the developers really deserve credit for creating such a convincing experience. If you like adventure games and enjoy exploration, Echo Night: Beyond deserves a look. 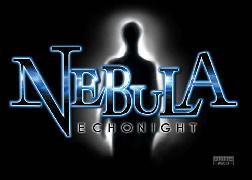 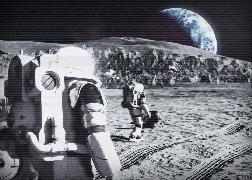 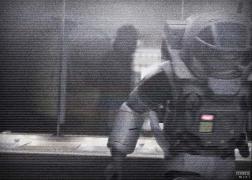 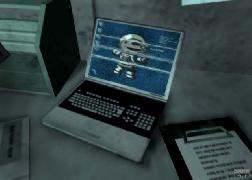 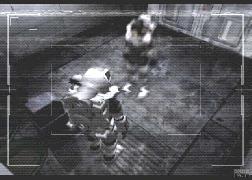 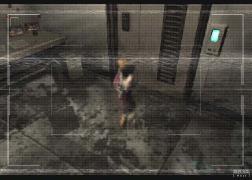 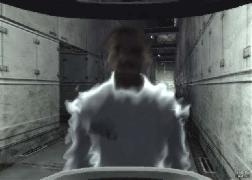