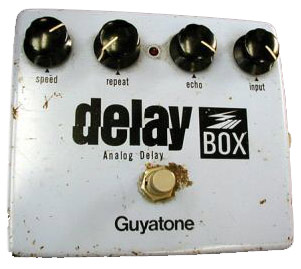 As I am sure the regulars of this site are aware, I am way, way behind on my database maintenance. Part of the reason is that adding new games to the list is always controversial, and another part of the reason has to do with the crazy busy schedule I’ve had lately. But the biggest reason is that adding games to the database takes time. I need to dig up a lot of information about each game before I can add it, and it is not uncommon for the process to take several hours.

Recently, fourms member SyberiaWinx wrote me to complain about my failure to add Ronin Blade (aka Soul of the Samurai) to the database. She was kind enough to supply all the information I need to actually add the game, making the process much, much easier on me (though I still need to see more information about this game before I’m convinced it’s horror, but that’s another issue altogether).

So maybe instead of waiting around for me to get my ass in gear and update the database, you guys can help me out. Below I’ve listed a bunch of games that I know are missing from the database, as well as the information I need to be able to add each game. If you have some free time and want to expedite the game-adding process, it would be super helpful if you could dig up this information and post it here. It will cut down my time-to-add time by close to 90%.

Here’s the info I need before I can add a game to the database:

Here are the games that I know I am missing. Feel free to suggest other games or tell me that some of the items in this list are wrong. Please review the inclusion requirements before posting.

(Thanks to various forum members for helping to compile this list)

So, what do you think? If you think one of these games, or even some other game that I don’t have listed here is quest-worthy, and if you have some spare time on your hands, it would be pretty awesome if you could help me track the requisite information down.