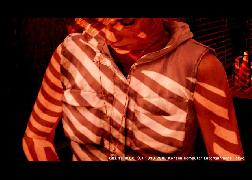 A good character for a good game. But not the best.

Reactions to this opinion ranged from enthusiastic consent to incredulity. I don’t want to write a full review of the game; my friend Casey has already provided a great review, which I am happy to endorse. I have, however, spent some time thinking about why Shattered Memories is such a good Silent Hill game. It’s certainly not an orthodox game from the series; if alignment to the precedent was the requirement for greatness, Climax’s earlier attempt, Silent Hill: 0rigins should have been a masterpiece (it’s not). Mechanically speaking, Shattered Memories is really different than anything else in the canon; if anything, the mechanics it has are closest to Silent Hill 4, which is clearly the biggest departure from the norms established by earlier games.

They key, I think, is the focus of the narrative: what is each Silent Hill game about? Let’s consider the series (spoilers ahead, beware):

Of all of these games, Silent Hill 2 and Shattered Memories share a key trait: they are about their protagonists. The other games in the series are about Silent Hill itself–its history, its cults, various horrible things that have happened there. But Silent Hill 2 and Shattered Memories use the town as a backdrop for a character study. As In my article about the utility of the Otherworld, I suggested that we might interpret the town from the second game as a place that draws troubled people to it and manifests their problems physically. But even so, the point of that game is to show James’ progression through the town, not to teach us about what the town is or why it is the way it is. In Shattered Memories, there’s nothing particularly significant about Silent Hill itself, except that it’s being bombarded by a blizzard and most people have evacuated. The focus is on Harry, and his travel through his memory and the memories of his daughter. Shattered Memories and Silent Hill 2 stand apart from the rest of the series because they are primarily concerned with character.

On the other hand, the first Silent Hill game is about the town itself. We can see post-Silent Hill 2 games struggling to choose between focusing on a character or the town. Silent Hill 3 chooses the town, but still puts a huge emphasis on developing Heather’s character: not only does she comment on everything she sees, the plot tries to eventually loop her history back into the history of the town. Silent Hill 4 is all about the character of the serial killer, Walter Sullivan. But this is not a character we empathize with–in fact, he’s the main antagonist and generally a lunatic, which might be why this game feels so disjoint. Homecoming also tries to make the story personal by interweaving Alex’s family history with the history of the town, and giving him a little bit of amnesia, but the game is certainly about the town and its (remaining) inhabitants. Origins is the game to most obviously fail in this balance; it tries to tack some half-hearted plot about Travis on top of the main narrative about the town and Alessa, and it just doesn’t work (doesn’t help that Travis is about as stoic as they come).

In all of these games the characters are passive observers, or at best minor participants, in the events unfolding around them. But in Silent Hill 2 and Shattered Memories, the events are unfolding precisely because of the protagonist’s personalities, memories, and sins. This difference in focus is what sets these two games apart from the rest. Making the entire game intensely personal amplifies the other main theme of the Silent Hill games: isolation. It’s so much more scary to be alone in your life as well as physically alone; there’s really nobody who can help you. This is where many of the more recent games (and the movie, for that matter) have gone astray; Silent Hill is an interesting idea in-and-of-itself, but using it as a way to explore a single character is much more interesting.

I’m not claiming that the more traditional, town-focused Silent Hill games are bad. On the contrary, I think this series is probably the single best horror game series in existence. But I also think that, given that all of these games are pretty high caliber, Shattered Memories and (especially) Silent Hill 2 belong at the top of the pile because they execute their brand of personalized horror much better than the rest of the series. They feel like Silent Hill games in a way that most of the other games in the series can’t quite pull off; it’s that feeling of absolute isolation, even when not confined to one of the narrow halls of the Otherworld, that makes these games awesome. And that feeling, I think, is a direct result of their focus on the character of their protagonists rather than the history of their set pieces.