In 2013 Dead Secret started out as a small, two-person project. It was put on hiatus twice and I didn’t think it was ever going to ship. It started out as a mystery game and slowly developed a sticky horror underbelly, which I have really enjoyed. We shipped it for Gear VR last year. On Monday, Dead Secret came out for Oculus Rift, and we released a non-VR version on Steam. After writing about horror games for thirteen years it feels pretty good to actually ship something in the genre. I suspect that long-time readers of this site will recognize certain mechanics and details from my favorite horror games here and there. It’s kind of a love letter to those titles. 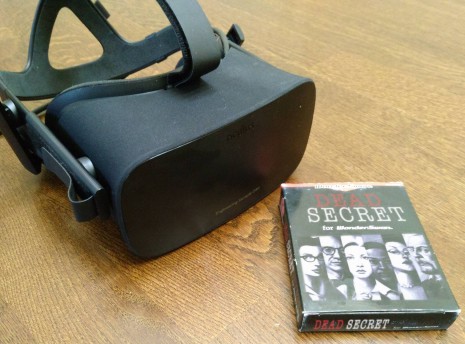 If you’re interested, please check Dead Secret out on Steam. I have a lot more to write about Dead Secret but it’s all spoilery, so I’ll wait until folks have had a chance to play.

Finally, here’s an image I made for April Fools yesterday. Who knew that Dead Secret was ripped off from an obscure WonderSwan game!?

2 thoughts on “Dead Secret Ships for Steam and Oculus”