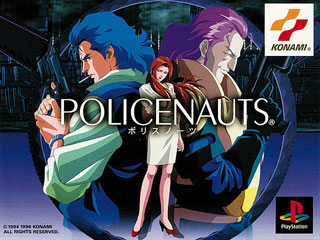 Many moons ago I got a Playstation, and before long I came upon Metal Gear Solid. This game amazed me. I didn’t just finish it; I collected my stealth camo and went back for my bandanna, and then I wanted lots of ghost pictures. And a tuxedo. Got my Spiderman Ninja save icon. One of the tantalizing bits in MGS was the reference to an earlier Kojima game, Policenauts, which I instantly I wanted to play. I had a friend solder a chip in my PSX and the rest is history.

I’ve played a lot of imported games since then. So when Chris raised the idea of an article for an oddball import “top ten” I cheerfully volunteered.

Cartridge systems
These are the easiest imports to play. In the case of Super Nintendo, Sega Genesis and Nintendo 64, the territory protection is mostly physical. A Super Famicon cart is bigger than a SNES cart and it lacks the grooves on the side to fit in your Super Nintendo. To defeat this you can use a pass-thru cart like a Game Genie or Game Shark. Sometimes you can just remove offending plastic fins that prevent the import cartridge from fitting. Carts can have lock out chips that need to be defeated with PAR codes, but such games are rare.

Sega Saturn
Though I was able to physically modify my Playstation to play import games, I don’t like that approach very much. On the Saturn, I prefer 4 in 1 carts from companies like Satellite or EMS. It works like a Gameshark with some extra features: memory management, a huge memory cache you can save games on, as well as an extra 1 to 4Mb of RAM needed for some Japanese Saturn titles. Plus comes with PAR codes and can be programmed to hold more. Did I mention it plays imported games too? The only downside to these carts is that not all games are supported. Fortunately, the list of unsupported games is very short; you can skip King of the Fighters 95 and live with KOF 96 and 97 just fine.

Sega Dreamcast
‘Casts can be chipped but I prefer to use boot discs. Fan or hacker made discs like Utopia can be burned from downloaded files, and there are also commercial boot discs available. Run the boot disc and then insert the import GD-ROM when cued to do so. Voila.

The original Playstation is one the most hacked systems available. This gives you many choices for your importing pleasure. Installing MOD and Stealth chips is one way to go, but in recent years a number of solder free methods have also become available.

Q: My game has no music (or just the first track).

A: This is a common problem with imported Playstation games that have redbook audio. I have had it happen with games like Destruction Derby 2 from Japan and Tank Racer from Europe. The only “solution” is to live without the music or rip the game disc and play the music on a CD or MP3 player while you are using the game.

Q: I can’t get a working PAL2NTSC code!!

A: Not every game can be cracked. I’m still working on the problems with games like Three-Sixty (a PAL racer), Formula One Arcade (PAL Sony 2002) and Lone Soldier (PAL). I can only suggest you research your import game before you buy it. Find out if other people have got it to work. Track down some codes and reviews.

Q: I want to start importing games. What is the easiest place to start?

A: Japanese games for a cartridge system. Alternatively, most older PS1 titles from Japan will work well with MOD or boot-swap system. You can’t go wrong with a Sega Saturn and a 4 in 1 cart either. Once you get into Dreamcast games or PAL games things are more complex. Try checking out some of these helpful links.

Now you know the tricks, it is time for the treats.