Obscure is a pretty apt title for this game, because it certainly passed under the radar of much of the gaming public. Developed by a French company named Hydravision and published by Microids, Obscure received almost no media attention whatsoever. The few reviewers who did take a look at the game mostly panned it, which is really too bad; while Obscure isn’t a revolutionary game, there are few flaws and it is quite entertaining. I think this game got a bit of a bum rap.

Let me get this out of the way right now: the story, monster design, character design, and puzzles in Obscure are about as run-of-the-mill as you can get. Five college students become trapped at their school and eventually discover that somebody in the school has been using students for scientific experimentation, which naturally has resulted hoards of grotesque monsters. There’s pretty much no development of the students, and even the antagonists get little plot time. The story is predictable and the monsters themselves all look like they’d be perfectly at home in any other generic survival horror game. In short, the surface content is pretty bland.

But Obscure makes up for its shallow story structure with interesting and innovative game mechanics. While the core of the game borrows heavily from Resident Evil (shoot some stuff, solve a lock puzzle, shoot more stuff, repeat), there are several aspects of the game that make it different than almost everything else in the genre.

First of all, there are five playable characters, and you can switch between them at any time (you have to be in the same room as the character you want to swap with). Each character has a different ability, but any character can be used to play through the game. The game is always played in teams of two, with the computer controlling the second party member. We’ve seen similar systems before in Resident Evil Zero, and it works well here too. Unlike Zero, however, you can pick and choose your team mates, and swap between them as you like.

This party system allows Obscure to support a feature that no other survival horror game has: a simultaneous two player mode. A second player can jump in at any time and take control of the secondary character. Both players can then swap items, and take control of the camera. When one player goes through a door that requires loading, the other player is automatically warped there as well, so it’s easy to stay together. Two player mode is a bit odd because, like Resident Evil and its ilk, this is a fixed camera game and the camera is only really capable of focusing on a single player at a time. However, in practice controlling the secondary player isn’t difficult at all.

The two player mode makes Obscure much more fun than it would be alone. When encountering a difficult section, two players can employ a lot of strategy about where best to attack and which escape route is the safest. And anyway, playing games with two people is almost always more fun than by yourself. In this case, it really makes Obscure a compelling experience.

The game designers at Hydravision have gone the extra mile in some other aspects of the game design as well. One of the coolest mechanics they’ve built in is the lighting system: the enemies are extremely photosensitive, and shining light on them burns away a protective cover of darkness that follows them around. In order to successfully combat such monsters, you can run through the rooms of the school and break all the windows to let more light in. You are also encouraged to attach flashlights to your guns, and tape is even provided for this mechanic. Once attached to a weapon, flashlights have the ability to go into “high-beam” mode for a limited amount of time, which adds a little bit of strategy to the otherwise run-of-the-mill fighting system (when encountering an enemy, you must aim, turn on your high beams, and start firing when the darkness around the enemy has been burned away).

Another nice touch to the design is the different abilities that the playable characters have. Some of the abilities are pretty lame, but a few of them are inspired. One character in particular, Josh, has the single most useful ability possible for this type of game: he can tell when all of the items in a room have been found. This makes clearing rooms of items, a task that pervades this genre and is often a chore, fast and somewhat delightful. It also reduces the amount of frustration incurred by having to traverse a large map in order to find a single missing item. Though I think Josh’s ability might actually detract from a game that requires you to visit the same locations over and over (like RE), in Obscure it proves invaluable. We used Josh throughout the game because of this awesome mechanic.

A few random notes: the graphics are pretty good in Obscure, and I really dug the lighting. This is one of the first horror games I’ve seen that tries really hard to create tension without shrouding the player it total darkness. The locations are interesting and fairly diverse, and there’s only a very little bit of underground laboratory to muscle through. The sound design is ok, but the music gets fairly repetitive. The difficulty spikes a few times, and towards the end of the game Obscure becomes very, very difficult. We ended up running past as many monsters as we could, because ammo became so limited. The fighting system, while routine, is fun and doesn’t detract from the game play. The enemy design is a little boring, and the one really cool enemy (a giant Jabba The Hutt style monstrosity) is reused too many times. There are a few legitimate scares throughout the game, but most of the tension is built by overpowering the player with enemies.

As as single player game, Obscure is a solidly constructed and moderately fun horror game. With two players, the game is much more enjoyable, though the difficulty level can be frustrating. Though the core mechanics are built on the basic Resident Evil formula, Obscure has a number of small design innovations that keep the game play interesting throughout the game. And while the story and characters are bland, the quality of the environments and puzzles is sufficient to support the game. Obscure is well worth the $20 it costs new, especially if you can find a friend to play with. 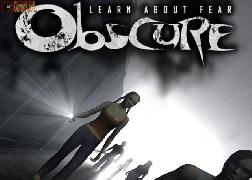 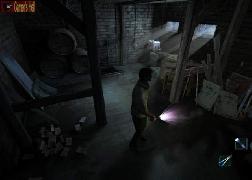 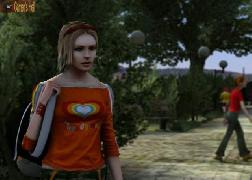 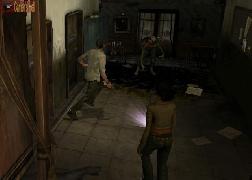 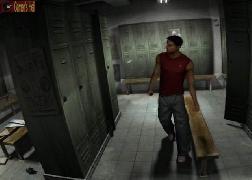 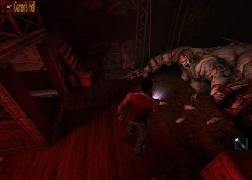 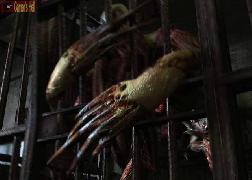 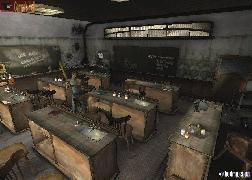 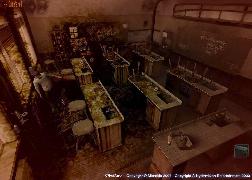 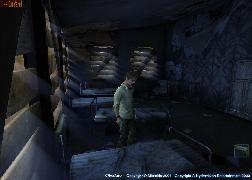 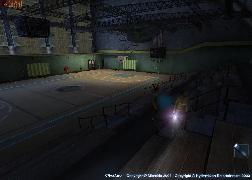 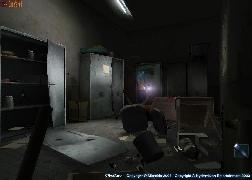