The original Obscure was a fun, if somewhat routine, horror game. Its saving grace was its two player mode, something that has still yet to be duplicated by any other console horror game to date. The first Obscure also had some interesting mechanics involving the use of light to combat enemies, and though the content itself was a bit generic, the game was pretty well put together.

Which is why I was somewhat surprised to find Obscure 2 to be a huge pile of elephant dung. It’s atrocious on almost every level, far worse than its predecessor, and it took significant effort to see the game through to the end.

Ok, let’s back up a second. Before I get into some of the reasons that Obscure 2 is a shitty game, let’s take a second and talk about the parts that I thought were ok. Actually, the technical execution of Obscure 2–the graphics, control scheme, etc–seems pretty ok. I like the half-cartoony art style and the in-game art is very nice. Combat is extremely routine but serviceable, and the soundtrack isn’t half bad (I particularly liked the Main Menu music). I played through the Wii version of Obscure 2 (it’s also available for PS2 and PC), and I thought that most of the Wii controls worked pretty well, including the gesture-based moves. There’s a section where you need to row a boat by moving the Wiimote and Nunchuck to manipulate the oars, and I liked that section in particular. There’s also a pretty nice dream sequence at the beginning of the game that is presented with a level of skill not evident in the rest of the title. It’s also kind of cool that the game splits its large cast up and follows different pairs of characters independently; that seems like a good way to keep the environments and play mechanics fresh without forcing the story to zigzag. And the Obscure series is still the only horror game series that allows two players at once, which is pretty cool.

OK, now that we’ve gotten that part out of the way, let’s get down to business. Obscure 2 has a bunch of problems, and while some of them are technical, most of them are design problems. On the technical side, the use of the Wii cursor to control the camera is, in my mind, a total failure. I spent good portions of the game with the camera spinning around in circles because the Wiimote wasn’t pointed exactly at the screen. Shooting was kind of a nightmare; you need to use three separate buttons to lock on and shoot (seriously? 3 buttons? come on, guys!), and it was such a pain that I usually just gave all the guns to the AI player (I couldn’t convince anybody to play this thing with me two-player). I beat the game but I never was able to decipher how the lock pick minigame was supposed to work; the pick seems to move on its own, and I couldn’t grok the mapping between 2D cursor coordinates and the aiming of the pick. I think I probably spent as much time trying to pick locks as I did playing the rest of the game; it’s not that there are that many locks to pick, it’s just that each one would take me ~40 frustrating minutes to complete. And those bastard game designers put a lock picking puzzle between a save and a boss–but now I’m getting ahead of myself again.

So there are a few technical issues, but nothing game-destroying. The real problems lay in game design direction that the game designers took. Gone are all the interesting mechanics from the first Obscure: no more taping flashlights to guns, no more high-beam strategy, no more breaking windows to give yourself the edge. On a couple of occasions you can select the members of your team, but for the most part the game forces specific characters upon you. And unlike the previous game, none of the characters can die during game play. Instead, Obscure 2 is a pretty linear romp through a series of unlikely locales which eventually loop back on themselves. One thing that persists from the previous game is the generic monster designs; the monsters themselves are no better than those in the previous game, which isn’t a good thing.

But the biggest problem with Obscure 2 by far is its story. The story is vile in many respects: it is contrived, poorly written, and at times offensive. I get what the game designers were going for, I really do; they were trying to hit that vibe captured by so many Grade B teenage slasher films, where the characters die off one by one until only the romantic couple (or final girl) remain. But they missed their mark; if Resident Evil is a B Horror movie, Obscure 2 is some grade significantly lower (I’m thinking ‘Z’). The plot involves monsters, suicide, rape, murder, and drug use, and yet manages to avoid making any of these themes significant. The events unfold as if within a dream, each scene having almost no relationship to prior events. The characters are the most bland and generic people ever; they differ only in visual appearance, and are each the embodiment of some thin stereotype. The cast includes Smart Asian Girl, Skater Guy, Blonde Jock Guy, Big Breasts Girl, Goth Girl, Stick-it-to-the-Man Slacker Guy, and a host of other cliched tropes.

And don’t get me started on the dialog. Though the voice acting swings between passible and really bad, the script itself is an atrocity. Every other line is some trite sexual innuendo, and even when the characters are saying “normal” things the delivery is so lacking in emotion that it just sounds robotic. Since you always play as a team, the designers tried to make the two team members have conversations with each other, a cool idea which is totally sabotaged by the vapid one-liners that the characters end up spewing at each other. Occasionally a character will say something helpful (like, “hey, we should go in the door over there,” which is useful when you’ve been trying to find any unlocked door for 15 minutes), but usually the lifeless personalities that serve as the protagonists in the game have nothing but lifeless things to say.

The worst part about the story in Obscure 2 is that it’s very awkward and uncomfortable (and not in a good way). There were several points in the story which I found myself mildly offended; though the themes that the game is trying to employ are not particularly remarkable or offensive, the way in which they are delivered seemed fairly inappropriate. I mean, having a monster rape a girl is bad enough, but did we really need to see her stomach all bloated with some monster child? And while I think that killing playable characters off is a really interesting approach to interactive storytelling (as evidenced by the crack execution in Siren), the death scenes in Obscure 2 are much more violent and vindictive than necessary. You know, watching a protagonist kill a cowering retarded man with a chain saw didn’t really make me go “hell yeah!”

Usually horror games fail because they can’t back up their content with competent game play (see Kuon, Rule of Rose, and Illbleed for some classic examples of this pattern), but Obscure 2 actually has the opposite problem. Despite fairly competent (if routine and fairly uninteresting) play mechanics and game technology, Obscure 2 collapses under the weight of its tasteless and contrived story. The story, characters, and dialog are so bad that they destroy any sense of horror that might have been found here, and for me that served to absolutely ruin the experience. It’s a shame, too, because the original Obscure, while somewhat flawed, had a lot of interesting ideas in it. Unfortunately the sequel is bland and mildly offensive. Avoid. 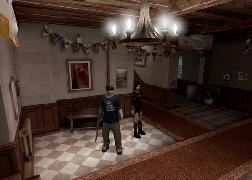 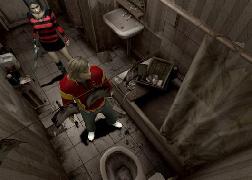 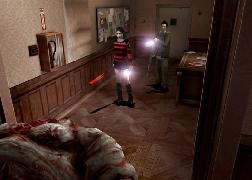 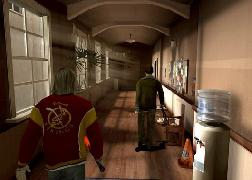 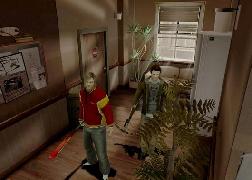 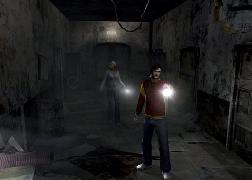 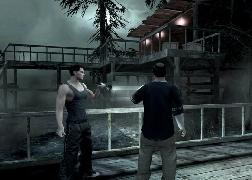 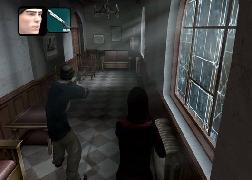