Cursed Mountain would be a great horror game if the developer had spent another two months polishing it. As it is, it’s a great idea for a horror game, but the execution is so inconsistent that it only comes off as ok.

The story in Cursed Mountain is a little hard to follow (more on that in a minute), but the basic premise is that Eric Simmons, a famous mountain climber, is called to a remote Himalayan village because his brother has gone missing on the slope of Chomolonzo, a fictional Himalayan mountain. By the time he arrives, however, he finds the villages practically deserted. Making his way through a series of increasingly remote camps and Buddhist temples, he finds that the local population has been replaced by angry, hungry ghosts. Simmons must find his brother somewhere on Chomolonzo, figure out what happened, and avoid getting killed in the process.

As I mentioned in my initial impressions of this game, Cursed Mountain is an old-school horror game. The combat system borrows a lot from Resident Evil 4, and the graphics are nice and all, but this is a classic horror game through and through. The most obvious indicator of this orthodox pedigree is the pace; things move along at absolute snail speeds by modern horror standards. There are sections that remind me of the bygone era that spawned games like Silent Hill, where nothing happens for minutes at a time as the player walks through some increasingly foreboding place. This is not a knock on this game–the pace was clearly selected with care by the developers, and as long as you’re cool with the old-school horror style, it won’t bother you. If you’re looking for an action game or a game that is light on story but heavy on game play, you probably want to look elsewhere.

Cursed Mountain perpetuates other key traits of the traditional horror genre. There are documents to find all over the place, so lots of room ransacking is required. Health items can be collected but only used at certain points. Saves are also strictly gated. And the game has no life bar, almost no hud, and no continue system; if you die then your only recourse is to restart from a save.

If you’re a fan of old-school horror game play, this should feel really comfortable. And the developers know why this sort of trade-off should be made: it lets them focus on setting and story, which is where Cursed Mountain really shines.

Despite being difficult to follow, the story in Cursed Mountain isn’t bad at all. It’s unorthodox and interesting, if not exactly surprising. The setting in which the plot revolves is particularly fascinating. The whole game is steeped in Buddhist lore, specifically Tibetan Buddhism. Buddhism is a religion that has a lot of great ghost stories, and the developers have done a good job of integrating those ideas into the game. Of course, this is hardly a document on Buddhism; many liberties have been taken with the content in order to make it fit the mold of the game. But, as far as I can tell (and while I’m in no way an expert, I did study Buddhism at some length in school), the developers knew their source material really well. The interesting setting of remote villages, abandoned Buddhist temples, and eventually the deadly slope of the mountain itself is what makes Cursed Mountain worth playing.

Unfortunately, the value of the story and setting is degraded by mundane implementation issues. It’s not that Cursed Mountain is buggy, it’s just that it lacks a lot of polish–it looks like a game that was released just a little bit too early. All the necessary systems are there and working, but a few tweaks to the core game play and camera systems would have improved the game dramatically. All games go through this phase in development, it’s just unfortunate that Cursed Mountain had to be released this way.

The single biggest problem with the game play is the combat system. The concept is good: your character can either deal hits in 3rd-person melee mode or shoot in a Resident Evil 4-over-the-shoulder camera mode. When shooting, the Wii remote can be used as a targeting reticle. There’s some strategy between switching modes at the right time so that you can shoot far off guys and then hit close range guys. The problem is that the system doesn’t work well in enclosed spaces or when you have to fight more than one enemy at once. Once you go into the shooting mode, all of your peripheral vision is lost; half the screen is taken up by your character so you can really only see guys that are right in front of you. In Resident Evil 4, enemies are smart enough not to hit you in the back when you are aiming, because it sucks to be trying to line up a shot and get hit by some guy who snuck up on you. Unfortunately, that is exactly what happens all the time in Cursed Mountain.

Even worse, the ghostly enemies can teleport, so sometimes they’ll just appear behind you and go to town. And god forbid you get stuck between two or three enemies trying to hit you at once; getting hit interrupts whatever you are doing, and you can take a hit while reacting to a previous hit, so it’s possible to get stuck into a state where the enemies can pound on you repeatedly and you can’t move or shoot or do anything about it.

The combat system further breaks down when in tight, enclosed spaces. Since enemies can come up and hit you in the back at any time, the only viable strategy is to keep moving. If you can’t move because the space is small, you will take a lot more hits. And the enemies can fly through solid walls, meaning that even if they are not teleporting you may not be able to see them until the last second as their claws come out of the wall next to you and take a chunk out of your life bar.

Transitioning in and out of the combat states is too slow too; I often took hits while trying to get out of the shooting mode. And when going into the shooting mode, it always takes me a few seconds to get my Wii remote reticle on the screen, which is another opportunity to take a cheap hit. And the collision detection system seems way more accurate than it needs to be–it’s possible to have a character dead-to-rights and still miss because your axe slid under his arm pit or something. Not fun.

The final nail in the coffin for the combat system is the gesture-based banishing system. Rather than just killing enemies, you can take their life down a bit and then banish them with a series of Wiimote swipes. This feels cool and gives you a health boost. This is actually a really cool mechanic, but it’s totally ruined because one particular swipe, the “push forward” attack, isn’t properly detected about 50% of the time. It’s extremely annoying to get three or four gestures into a banishing move and then struggle to get the stupid push attack to work. Seriously, at least half the time I couldn’t get that one to work.

It’s not that the combat system is totally broken–it’s not. It’s just that these little errors add up after a while to a frustrating experience. The combat is really unpredictable; depending on where guys spawn in and how close the quarters are, I found myself dying over and over again on enemies that I had previously defeated without taking a hit.

The other complaint I have about Cursed Mountain is that it makes rookie mistakes with regard to health and save rationing. Specifically, the save points are very often placed just a little bit too far before or after a boss. For example, in some areas there’s a significant distance (and sometimes even enemies) between the save point and the boss. Every time the boss kills you you’ll have to re-traverse this same space and kill the same enemies over and over again. In some cases when the boss takes a lot of tries, that repeated level segments in front of the boss fight become way more frustrating than the fight itself.

The developers also, time and time again, mess up the placement of health items. In one particularly egregious example towards the end of the game, a health station is rendered useless because a cut scene occurs right after a major fight. When the cut scene ends the scene has changed and the protagonist is somewhere else. So even though there’s health right there, you can’t use it right after the fight because you’re warped elsewhere. In fact, you have to go through several more fights before another health station shows up. This kind of thing happens over and over again, and it makes the game a lot harder than it should have been.

Finally, though the story is interesting, Cursed Mountain does its best to hide it from you. Documents can’t be read immediately when they are picked up, and the cut scenes are really hard to follow. The cinematic style is interesting, but the cutscenes look like the storyboards of an animated sequence rather than a final film. They strobe so much that it’s really hard to figure out what is going on. The style is likely the result of time pressure, like every other problem in this game.

So, I enjoyed Cursed Mountain. The setting was fascinating and the story was interesting. The sounds is really good, and I liked the way that the game desaturates the screen when something ghostly is present. The meditating mini game was really neat too. The game is surprisingly long–it took me something like 15 hours to beat. And the staging and cameras are pretty good; for some reason the quality of the cinematography suddenly improves dramatically about half-way through the game.

It’s just that while the ideas are all solid, the actual execution leaves a lot to be desired. All of the problems that Cursed Mountain has are minor and easy to fix, I think. When put together they have a significant negative impact on the overall quality of the game. 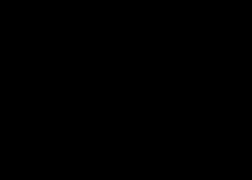