Also known as: Nanashi no Game: Me
Platforms: DS
Release Date: 2009-10-27
Regions: Japan
Chris’s Rating: ★★☆☆
This sequel maintains its predecessor’s unique approach to horror and fixes some problems, but it is still a little too simple.

Nanashi No Geemu: Me is an evolutionary sequel to the original Nameless Game for DS. Like its predecessor, Me (pronounced “Meh,” meaning “eye”) is about a cursed DS game that kills its players within seven days unless they are able to complete it. The game divides its time between this 2D 8-bit Dragon Quest clone and a first person 3D mode covering both screens (the DS is held sideways like a book). My main complaint with the first game was that the cursed game was used only as a narrative device and had little game play purpose–in fact, the entire game seemed too simple. Me addresses some of those concerns, but it fails to correct a number of the basic control and interface problems that made the first game something of a chore. That said, all the good parts about Nameless Game return in this sequel which still manages to be pretty fun.

The Nameless Game series builds tension through the use of two main conceits: quality sound design and the cursed game itself. The sound and music, especially the in-game music from the cursed game, are phenomenally well done; it’s no exaggeration to say that sound is the primary vector for horror in this game. The cursed game, as well as the ancillary UI screens and associated interface (Nameless Game mimics the main DS dashboard screen), are so meticulously constructed that they ground the entire experience in reality. By presenting a near-flawless recreation of a classic game style, the Nameless Game legitimizes the entire experience and makes it very easy for us to buy into the story and game content.

It’s a good thing, too, because other than the cursed game the rest of the experience is pretty weak. The graphics are good for DS but dated by any other standard, the control system remains terrible, and the story is pretty predictable. Nanashi No Geemu: Me suffers from amateurish mistakes in its first person mode. For example, it’s easy to get hung up on walls and edges that can’t actually be seen from the narrow perspective. There’s one terrible level segment in which you must walk around through a graveyard, avoiding a patrolling ghost who is mostly invisible. To complete this stage you must observe the ghost, wait for an opening in his path, then run to another area of the graveyard and collect an item. The graves are laid out in a random pattern, and it’s almost impossible to tell which areas your character can pass through and which are too thin. If you happen to venture into one of these thin spots, chances are you’ll get stuck and then promptly grabbed by the invisible roaming one-hit-kill ghost. It’s like playing a budget FPS from 1998, except without any guns.

That said, the developers of Me are clearly trying to correct some of the design issues that plagued the first Nameless Game. Though the 3D levels remain linear trips from one point to another with little interactivity along the way, Me introduces some much-needed puzzle mechanics using the cursed game. In order to progress through an area safely you must load up the cursed game to see an 8-bit representation of the room you are standing in. Items and hazards that are invisible to the naked eye can be viewed in the game mode, so once you’ve figured out how to safely progress in the game you can then go back to the real world and follow the same path. Unlike the first Geemu there are now hidden items and unlockable levels of a whole new game (more on that in a moment) to be found in within the cursed game’s levels, which makes them a lot more interesting.

The best addition to the formula is the “eye” which appears in the title. Early in the game the protagonist’s left eye (represented by the left DS screen) becomes “infected” by a particular ghost, which allows him to identify areas where ghosts are present. When entering an area containing a ghost the left DS screen will start to get noisy; the closer the ghost is the more dramatic the distortion becomes. This is basically a visual version of the static-emitting radio from Silent Hill, and works almost as well. Ghosts are still one-hit-kill hazards in Me, and the distorted eye serves as a nice tension-inducing foreshadowing device. There are also some nice puzzles involving objects and other level details that can only be seen by the left eye and not the right–suddenly there is a reason to take time and look around the environments rather than simply running straight through. The addition of the infected eye is by far the best improvement Me makes over its predecessor.

The other major change in Me is the inclusion of a second cursed game. In addition to the cursed RPG is a hellish (but optional) side scroller. To play the cursed side scroller you must collect cartridges in the RPG world, each of which represents a level. The side scroller design is a punishing one in the vein of Jinsei Owata no Daiboken, I Wanna Be the Guy, and Super Meat Boy; it’s the kind of game which invites you to jump onto a platform only to reveal it to be covered with hidden spikes. The side scroller fits with the cursed game theme, and I was excited about it when I started the game. The problem with it is that the scroller controls are not quite competent enough to support the level of difficulty that the developers have targeted. The jump button is unresponsive and the other controls are a little too loose. A game like Super Meat Boy can get away with an insane level of difficulty because its controls are extremely tight; the design is hard but fair. Nanashi No Geemu: Me’s side scroller controls, on the other hand, are not tight enough to make the difficult play fun; far too many times you will die because you pressed the right button at the right time and the game failed to respond. This lack of responsiveness in the controls pretty much destroys the cursed side scroller, stripping it of all fun and rendering it a frustrating chore.

There are a lot of other minor changes to the game that improve the experience. The ghosts are used much more intelligently in Me than its predecessor, and are often tied to puzzles in the cursed game. As in the original Nameless Game, the cursed game starts to exhibit bugs and visual artifacts as the curse takes hold. This theme of degradation is extended to the real world and the mock DS UI screens in Me, giving the impression that the curse is affecting the protagonist at a very personal level, almost like the otherworld in Silent Hill. The story, while still fairly boring, is more complicated and less derivative than the original.

But generally speaking, Nanashi No Geemu: Me is the same game as its predecessor with a couple of simple (but mostly effective) tweaks and additions. They key components that made the first game work, namely the sound and cursed game, continue to be effective. The underdeveloped aspects of the first game’s design remain, by and large, overly simplistic. While the quality of the game has unquestionably improved, the degree of improvement is fairly minor; these are things that should have been done in the original Nameless Game.

So, as before, this is a good game for people interested in horror game design to play. This is a game that absolutely requires headphones, so make sure you have a pair before you start. If you’re just looking for some fun thrills on your DS, Nanashi No Geemu: Me might leave you unsatisfied. 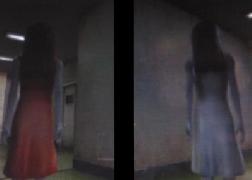 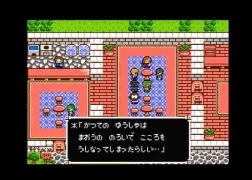 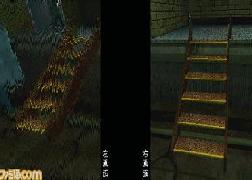 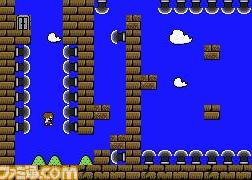 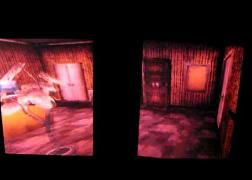 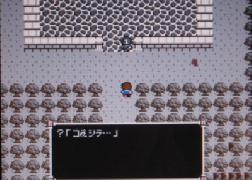 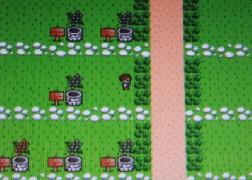 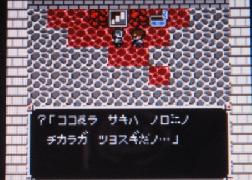 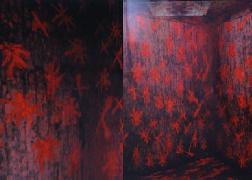