Amy is one of those games that sounds great on paper. Designed by Paul Cuisset, a veteran game developer famous for creating the seminal Flashback (one of my favorites), Amy is a horror game in which you must lead a small autistic child of the same name through a zombie-infested town to reach a hospital where she can hopefully receive treatment. The whole town is infected with the zombie virus but Amy is immune, which means that the protagonist, Lana, will remain human as long as she stays close to Amy. If they are separated the virus starts to set in quickly and within a minute or two Lana will herself become a zombie. There’s a little stealth along the way, puzzles involving pair play with Amy and Lana, and not a single gun to be found. It sounds like a pretty neat premise; it sounds a bit like Siren (another favorite). On paper it’s a design that should provide a large problem space to explore, and one that should service the game’s horrific theme.

But of course it doesn’t work. Amy is god-awful.

I knew this going in. Jim Sterling at Destructoid, a die-hard horror fan if there ever was one, called Amy “one of the worst games of all time.” Several friends who play games for a living warned me that Amy was horrible, possibly even uncompletable. But often I have found that even the most terrible games have a little spark of brilliance lurking in them somewhere–a faint glow that, while insufficient to save the game, is worth discovering.

Now that I’ve completed the game I can say with conviction that Amy has no such spark. It’s not just that the level design is terrible (it is), the puzzles are contrived (they are), or that the stealth design is horrendous (it is); Amy is a fundamentally broken game. Almost every mechanic in the game is buggy or flawed in some way. Collision detection, path finding, combat, puzzle progression–you name it, it’s broken. Take combat for example: when Lana is hit by an enemy she stumbles back away from the direction she is facing, which sounds ok until you realize that this will cause her to actually walk into her attacker when she is hit from behind. You can spend your time collecting items but your inventory (including your weapon) is emptied at the end of each chapter anyway so it’s quite pointless. Or consider the controls: the camera is pulled in so tight that Lana has to walk in wide circles to go anywhere. Of course, collision detection doesn’t work either; you can hit electrified fences and the like without actually getting anywhere near them. It’s impossible to appreciate the design because you can barely play the game.

That said, I think that even if Amy was free of mechanical issues it would still be a poor game. The mechanics of holding hands with the child to heal, allowing yourself to become infected in order to sneak passed zombies, and forcing the player to leave Amy alone in order to solve puzzles all seem to have depth, but almost none of that depth is explored in the game. Almost every puzzle in the game is a version of a simple problem in which you must get Lana and Amy into appropriate locations so that one can raise or lower an elevator while the other boards it. These puzzles are predicated on the supposition that in the future mankind will have deemed it fit to remove elevator call buttons from their normal location inside the carriage and instead place them across the room or in other rooms altogether. Even excusing the contrived setup, these puzzles are just too simple to sustain an entire game, even a short one like Amy.

It’s worth noting that the developer, VectorCell, released a patch for Amy after it was released. The patch apparently adds more checkpoints and auto-saves between chapters. Many of the reviews that came out when Amy was released complained that the game could not be completed because the checkpoints were way too few and far between, and this problem seems to have been significantly mitigated by the patch. This doesn’t actually make Amy any better of a game, mind you–it just means that it’s now possible to complete.

There’s really not much positive to say about Amy. It is severely broken, and even if it was not so damaged, it seems incapable of flexing its design muscles. A potentially interesting design is utterly wasted on this game. It seems likely that the developers were forced to ship this game long before it was ready–the unused powerup slots and inventory space in the user interface indicate that there might have been more game here once upon a time. Almost every game I complete has something worth exploring, some little interesting spark to suss out and examine. Amy, on the other hand, is one of those titles that has absolutely nothing going for it. 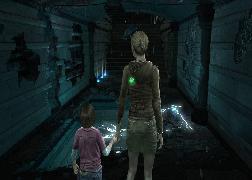 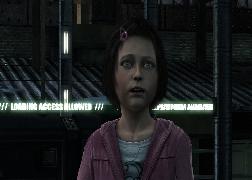 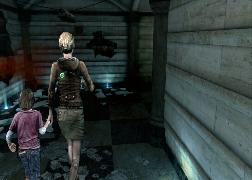 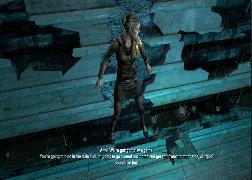 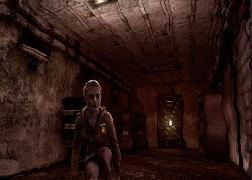 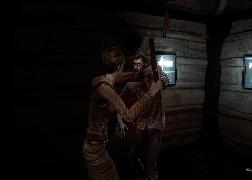 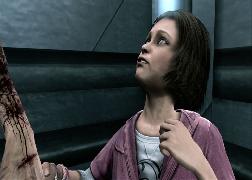 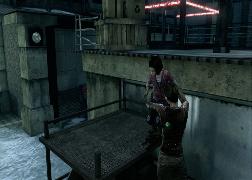 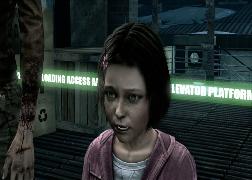