“These days, though, you have to be pretty technical before you can even aspire to crudeness.” — William Gibson, Johnny Mnemonic

If you’re an indie developer, making a pixel art game is pretty attractive.  First and foremost, it’s pretty cheap and easy to develop, at least in terms of art production.  A one-man-band dev can put together an 8-bit game without needing a lot of art skills.  As a reductive art it allows the designer to evoke imagery that might be much harder to produce with a more complex style.

But the main appeal of the pixel art game is surely nostalgia.  I had an interesting conversation with Raph Koster a few years back in which he commented that indie pixel art games seemed to mostly be about the childhoods of their authors.  That’s not a value judgement, but I think some indie devs I know would have responded to that classification poorly.  To them, they are working in a style, in a format, and are not intrinsically limited in their message.  I suspect Raph would side with Marshall McLuhan on this one. 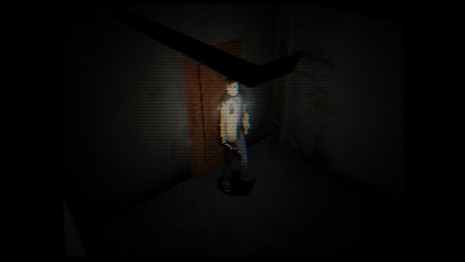 Do you remember this? I do.

Back in 1995 is a different type of retro indie game.  Though it still seeks to evoke nostalgic imagery through a retro art style, it doesn’t use pixel art.  Rather, Back in 1995 goes to great lengths to recreate PS1-style graphics on your modern PC.  Low poly environments, fixed-point texture projection warping, and a full-screen CRT effect that looks like NTSC interlacing.  Back in 1995 even emulates the polygon cracking common on mid-90s consoles.  The style extends to the game play as well: the protagonist walks slowly, rotates in place even more slowly, and wields his weapons as if in slow motion.  It’s a style that seeks to replicate full 3D games of the era, and reminded me particularly of Silent Hill and Overblood.

As a retro game, Back in 1995 is pretty different than its pixel art counterparts.  It’s not an easy style to strike.  When I talked to developer Takaaki Ichijo last year, we discussed the technical challenges of pulling off this look in a modern engine.  He ended up working directly with some of the folks at Unity to achieve the visuals he was going for.  And even with simple geometry, the camera cut, 3D motion, and collision detection requirements of these sorts of games are deceptively complicated.  This is not a style that one selects in order to cut cost.

Looking at reviews on Steam, it seems that most of the complaints about Back in 1995 are that it is short and the game play is simplistic.  And that’s true–if you’re expecting to play something of the scope of Resident Evil, you’re going to be disappointed.  Back in 1995 last a few hours, and during that time it hits on many of the important patterns that were common to games of that era, but it is not particularly lengthy, challenging, or deep. 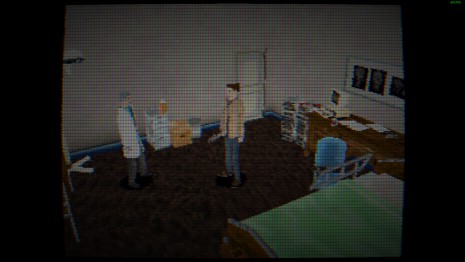 But then again, that’s not the point.  Speaking of Marshall McLuhan, the purpose of Back in 1995 is to make you remember what that era was like, warts and all.  The medium is the message: Back in 1995 simultaneously tickles that nostalgic nerve while reminding you how clunky many of those titles were.  PS1 full 3D games have not aged well, and Back in 1995‘s main message is that we shouldn’t always view the past with rose-tinted spectacles. The game mechanics and story are secondary to that main point: the developer loves this sort of game but he has no illusions about living in the past.  In a world of retro games that warship at the alter of a bygone era, Back in 1995′s perspective is refreshing.

The game ends, and then it doesn’t, and then the developer shows up to talk about the work.  It’s definitely worth playing all the way through.  For $10 you could do a lot worse than this experiment in the value of nostalgia.