While there have been innumerable Resident Evil knock-offs, Silent Hill showed us that correctly executed atmospherics can make a terrifying game without relying on the RE formula. Fatal Frame follows in the footsteps of Silent Hill by providing a very creepy setting and story while forgoing complicated item puzzles.

Miku, a young high-school girl, enters the abandoned Himuro Mansion looking for her brother, who disappeared a few days before. She quickly becomes trapped in the dilapidated house, and begins to realize that she is not alone.

Though Fatal Frame is set in present-day Japan, the atmosphere and storyline draw heavily on traditional Japanese ideas of ghosts and hauntings. Throughout the game Miku comes across “regular” cultural icons that seem frightening in the story’s creepy context: Hina dolls, kimono rooms, traditional Japanese instruments, samurai armor, etc. The game does a very good job of creating a convincing world, and those familiar with Japanese culture will get an additional kick out of some of the rooms. Like Silent Hill, navigation is performed with the use of a flashlight. Most of the game you’ll spend moving Miku around and fighting the ghosts that inhabit the house.

Fatal Frame’s combat system is where the game really departs from the genre norm. Rather than wielding a variety of guns or bludgeons, Miku is armed only with an antique camera. Switching to the camera causes the game to go into a first-person mode, and all combat is performed through the lens of the camera. While this system seems awkward at first, it turns out to be quite fun as the game progresses. The camera can be powered up by acquiring different types of film, and special abilities may be added via collectable spirit stones. The camera is also used to solve puzzles and advance the plot: often ghosts or symbols that cannot be seen with the naked eye are visible through the lens.

The graphics in Fatal Frame are quite good. The ghosts look very neat, the environments are well detailed, and the game employs a few nifty tricks such as grainy black and white rendering.

Though Fatal Frame is quite well done, there are a few minor problems. First of all, the voice acting is often delivered with such a lack of emotion that one cannot help but laugh. Secondly, the combat becomes tedious toward the end of the game: the system itself is not at fault, but the ghosts become very cheap, often suddenly appearing directly behind you. These complaints are fairly minor, however, and do not degrade very significantly.

Overall, Fatal Frame is a great example of atmospherics done right. The puzzles are all fairly easy, but since most of them do not revolve around bringing certain items to specific points, they are a nice change. The combat system, while innovative, is not perfect, but it is certainly good enough to keep the game fun. The story is sufficiently scary, and there is some incentive to replay the game. While Fatal Frame is not a masterpiece, it is still one of the best titles in the survival horror genre. 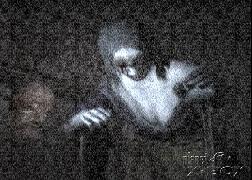 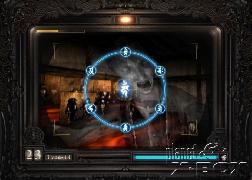 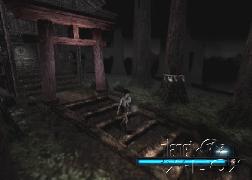 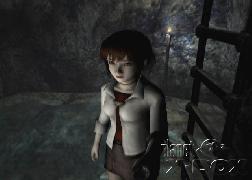 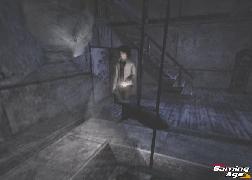 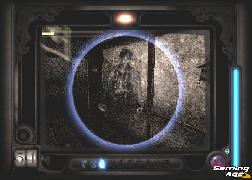 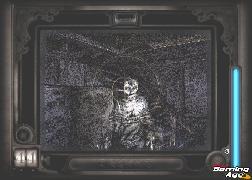