Platforms: PS2
Release Date: 2004-03-16
Regions: USA Europe
Chris’s Rating: ☆☆☆☆
A textbook example of what you get when you treat game design as a list of features taken from other popular games (hint: it’s not good).

X-Files: Resist or Serve is sort of a mess. I can see the feature list on some producer’s desk now:

I’m sure the developers (Black Ops) were asked to take Resident Evil and remake it with X-Files characters. If that was truly their intention, the developers of Resist or Serve have really delivered. We’ve got all the major features here: fixed or follow cameras in 3D environments, hold trigger to aim and button to shoot, an item management screen that lets you equip or combine items, plenty of keycards, and yes, even zombies. For fun, the developers seem to have thrown in some elements they liked from the Silent Hill series as well: the map is a direct knockoff of the Silent Hill map, and the characters have a flashlight that can be equipped or unequipped as they traverse the dark corners of some rural town.

Ok, so I guess it’s not entirely derivative. There are some interesting design innovations to be found here. First of all, the developers have gone out of their way to make instant changes of equipped items impossible. Every time Mulder or Scully needs two hands to do something (open a door, reload their gun, etc), they play an animation of the flashlight getting put away, followed by the action, followed by an animation of the flashlight being retrieved. Also, as events occur in the game Mulder takes notes, which you can go back and read at any time. Finally, Mulder and Scully traverse the same story in two very different ways, and their paths intersect at several junctures. There are a few mini-games (including a much-hyped alien autopsy game) that are only available to one character or the other. To really see the whole story, you’ll have to play through the game twice, once as each member of the X-Files team.

Unfortunately, almost all of these innovations are half-baked. I guess the goal of the item equipping animations was to make the game seem more realistic, but in practice it simply made game play more arduous. The notes Mulder takes would be more interesting of the story wasn’t completely senseless and if they’d picked a font that was easier to read. And thanks, but there’s no way I am playing this game again just to see Scully’s slightly different path through the levels. I played the alien autopsy mini game and it was terrible. I would have much preferred to be able to switch characters in the middle of the game, perhaps at each major juncture where Mulder and Scully come together, than to play the same content again with a slightly different character.

Alright, so we’ve established that X-Files is pretty much a knock-off of Code Veronica. But hey, Code Veronica was a pretty good game, right? Shouldn’t an X-Files branded version be pretty fun too?

Unfortunately, the answer is mostly “no.” The basic traversal game play is marred by some awful camera placement and an odd control scheme (it shares some features with Devil May Cry, like sticking forward across camera angles, but often I found it unwieldy and confusing). The combat is just plain boring: though you accumulate a few different weapons over the course of the game, the basic pistol is sufficient for dispatching almost every enemy you encounter. The enemies themselves are really dumb: they just make a b-line for you and then shield their eyes when you shine the light at them. Inexplicably, the zombies will sometimes attack each other, which can certainly make your life easier but does not make the game any more fun. Ammo and health are plentiful throughout the game, and there aren’t really any puzzles to speak of besides “collect the item and return to the single locked door.” The item management system isn’t fun or challenging because the player can hold an infinite number of items; it’s just a bullet point on a producer’s game design document somewhere.

So the game play sucks. How about the story? The X-Files universe should have tons of interesting ideas to draw from, right?

Well, you’d think so. Instead, the developers have opted to go with some nonsense involving aliens, black inky stuff, psychic high school girls, and of course, zombies. The zombies are truly, truly uninspired for this game, and it is really a shame too because the developers could probably have done whatever they wanted without breaking the X-Files intellectual property guidelines. Really, how many X-Files episodes are there with zombies? All in all, it’s a pretty sad collection of cliches, right down to the “to be continued…” text at the end of the game. Please, please do not make a sequel.

Real quick, here’s some info about the aesthetics of the game. The graphics are technically pretty good and artistically pretty boring. The characters look sort of like David Duchovny and Gillian Anderson from a distance, but up close they look like freaky monstrosities; something is really wrong with their eyes in particular. The sound effects are functional but uninspired. The music is actually pretty good; it sounds like the show and does a good job of building tension as you play the game. However, it would have been more effective if the crescendos in the music could have matched some startling event in the game. In short: the game provides functional aesthetics, but it doesn’t really inspire and certainly cannot save the game from the dull game play.

I often like to talk about games as being more than “the sum of their parts.” Well in this case, X-Files is exactly the sum of its parts; no more and no less. The game really feels like the developers had a checklist of features they felt needed to be implemented, and nobody ever got around to ensuring that those features would actually come together to produce a good game. Having been in such situations myself, I’d guess that the publisher (Vivendi-Universal) is to blame. Regardless, X-Files isn’t a very fun game and the license certainly doesn’t save it. 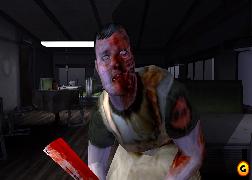 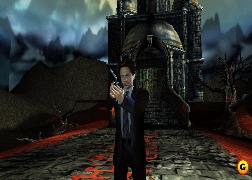 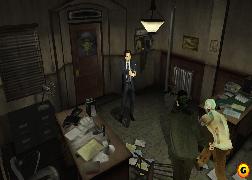 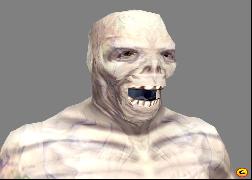 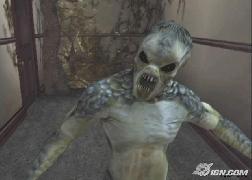 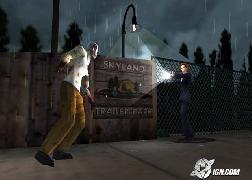 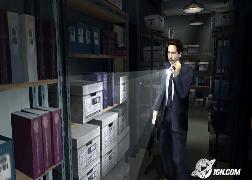 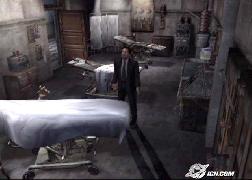