I really, really wanted to like Clock Tower 2: The Struggle Within. The Clock Tower series employ game mechanics quite unique to the horror genre, and are built upon some very creative design ideas. Clock Tower 2 is no exception, and though it gets a lot of things right, one or two major flaws keep it from being successful.

As with previous Clock Tower games, The Struggle Within is controlled via a point-and-click interface. Though the game is 3D, characters are moved around using a cursor to click on doors and objects. The pathfinding is fairly intelligent, and the interface works well (though the mysterious lack of a “walk in this direction” button makes the game more difficult to control than previous versions). The analog stick support in particular makes wielding the cursor easier than it has ever been.

One of the unique features of the Clock Tower formula is that the main character–always a high school-age girl–is unable to actually fight off the game’s enemies. Instead, her only option is to run and hide, a mechanic which definitely increases the tension and makes the game quite scary.

Clock Tower 2 adds more depth to the mix by giving the main player a split personality disorder. The main personality is Alyssa, a normal teenager. The secondary personality is Mr. Bates, a coldhearted killer who takes over when Alyssa becomes frightened. Alyssa carries an amulet that prevents Mr. Bates gaining control, but the game allows you to put the amulet down and force Bates to come out. As Bates, the player has access to different areas of the environment, and can use weapons against the enemies. The game narrative is developed through in-game events, and since Alyssa and Mr. Bates experience events differently, much of the strategy involves switching between the two personalities.

The dual personalities are done very well. When controlled by Mr. Bates, Alyssa speaks in a deep Hannibal Lecter-like male brooding voice. When confronted with blood or gore, Alyssa will often cry out in terror, while the same scene is libel to make Mr. Bates laugh. Bates also swears all the time, and the two characters are so different that you look forward to seeing how each will react.

While the dual personality concept is very cool, the actual implementation is a little iffy. The biggest problem is that there is no logical reason that Mr. Bates should be able to open doors that Alyssa cannot. Throughout the game, doors that are available to one personality are simply unselectable by the other. Since no explanation is offered, this particular flaw reminds us that we are playing a game, and does significant damage to our suspension of disbelief.

Clock Tower 2 consists of three chapters, each featuring a different threat and gameplay style. Decisions made in early chapters can affect events later in the story, and the game features 13 different endings (most of them result in the death of your character). However, herein lies Clock Tower 2‘s greatest flaw: the game allows the player to make decisions that will force them to lose later in the game. Even worse, the outcome of such decisions is never clear, and sometimes the player is not even aware that a decision has been made. When a “bad” state has been reached, the player’s only recourse is to start the entire game over. You read that right: there is no way to go back and correct “mistakes” made earlier in the game. And since there is no obvious correlation between actions and outcomes (why does speaking to a character as Mr. Bates cause a less-than-perfect ending?), there is no way to tell where a mistake has been made.

For example, at one point in the game you must lock an enemy in a room in order to progress. However, the game never explicitly states that such an action must be performed, and skipping the action produces no immediate affect. If you save your game after failing to lock the enemy into the room, you are screwed: there is no way you will be able to progress without dying. Your only recourse is to start the game over.

This happened to me twice: once at the beginning of the game and once at the end. I reached the end of the game and found that certain doors are simply not available, and that there was nowhere to go. This means that I made a mistake somewhere in the previous two chapters (meaning I probably failed to see an event or something), but since I have no idea where such a mistake might have been made, I have no choice but to start again from scratch. This is unacceptable, and lowers the overall quality of the game by close to 20%.

My recommendation is to play through Clock Tower 2, but don’t spend much time trying to get events to occur in the right order. There is no way (save trial and error) that you can divine which events are “correct” and which are not, so do not even try. If you get stuck part way through (which will almost certainly happen), restart and use a walkthrough from GameFaqs.com.

Clock Tower 2 is almost a great game, and its unique and quirky ideas almost make it work. The flawed progression mechanics, however, ultimately ruin the entire experience. 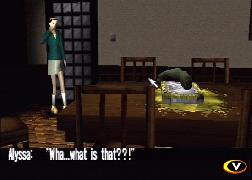 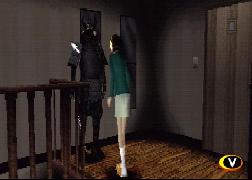 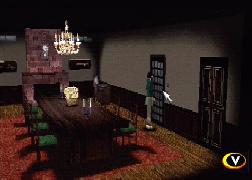 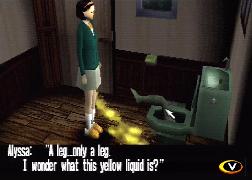 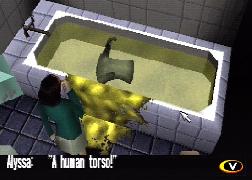