It’s hard to imagine a darker adventure game than Hungry Ghosts. As the game begins, you are dead, and what’s worse, you were such a bastard in life that although you’re currently tooling around in the land of the dead, your ultimate destination is Hell. There’s no getting around that part of it.

You can still change things for yourself, however, by behaving properly in the limbo-like dimension before you’re sent to your eternal reward. It won’t be easy, though, as there are often no right or wrong decisions. What’s good in some circumstances might be bad in others, and the netherworld is such a corrupt place by nature that coming out of it clean might be very difficult.

It breaks new ground for nonlinear gameplay and goes further along the path set by games like Way of the Samurai, with the addition of a creepy, bleak story and setting. It almost makes us want to go all fanboy and start a release petition. (Almost.) 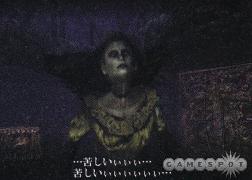 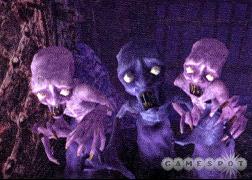 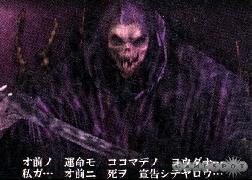 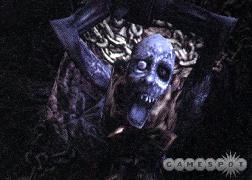 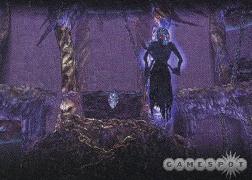