Silent Hill 4: The Room is an odd game. While it retains many of the themes and ideas of the previous three Silent Hill titles, much of it is so dramatically different that the game feels almost out of place in the Silent Hill series. The game isn’t bad at all, but I found it perplexing. All the right pieces are there, so why did I find the game sort of run-of-the-mill?

Henry Townsend is trapped in his apartment. The door has been chained shut and he’s unable to use the TV, the telephone, or even the windows. Then one day he discovers a large hole in his bathroom, and crawling through it leads him to a strange and dangerous underworld. Moving between his apartment and this twisted nether realm, Henry must discover what is going on and how he can stop it.

Silent Hill 4 deviates dramatically from the first three games in the series: there is no flashlight, no radio, and for most of the game, no town of Silent Hill. When in the apartment, players control Henry in the first person, a perspective that is a new addition to the series. Combat in the game has remained mostly unchanged, but the level and monster designs have been altered to prevent the player from avoiding fights. In previous Silent Hill games, it has always been quite easy to run passed monsters and avoid a battle, but in The Room combat is often very difficult to avoid. The game does rely on the same basic combat system, with heavy emphasis on melee weapons over guns. The inventory has changed from being an infinite-storage pause menu system to a real time limited storage system, which alters the game fairly dramatically. Henry can only hold a few items, and must use a hole to return to his apartment if he wishes to drop things off.

The oddest thing about Silent Hill 4 is the pacing. Typically, Silent Hill games have been constructed in simple stages: the player reaches an area to explore, fights some enemies, and solves some puzzles. Tension builds, and at its height the world switches to become the nether-world version of reality. More fights and puzzles occur, and tension begins building again, culminating in a boss battle and finally escape from the area and the nether-world. This approach creates a predictable pace to the game, with dramatic buildup and payoff. Silent Hill 4 does nothing like this. It ambles along at slow pace for the first half of the game, then switches to a slightly slower pace for the second half. There are no boss battles at all in the game, excepting the final boss at the very end. And though some of the areas visited end in a brief combat challenge, many do not. There’s no predictable rise and fall of tension in the game, and no dramatic buildup or payoff. The story is interesting, but the presentation seems so placid that it’s really hard to maintain excitement throughout the game. The pacing makes it hard to know when to save; by the time I was finished, I’d saved 38 times (by comparison, all three of the last games took about 12 saves for me), and many of these saves were superfluous.

Now don’t get me wrong, there’s plenty going on in Silent Hill 4 that is amazingly high quality. As usual, the graphics are unparalleled. The characters and animations are amazingly well done, and the environments are detailed and convincing. The sound is also on par with the rest of the series, which is to say that the soundtrack is among the best ever. The voice acting is great and the story is quite interesting, and I actually enjoyed moving around the apartment in first person. Looking through the peephole at the hallway outside was particularly well done. Some of the nether-world environments are connected by spiral sections of street that simply float out in space, and these segments are really high quality. The hole mechanic is pretty interesting as well, as the holes must be used to bring items back and forth between worlds and to save. The player handling is tight, and the new attack system (an attack can be held down to “charge up” a powerful hit) is nice. There’s plenty of really weird stuff going on, and the presentation of horror elements is, as usual, quite classy. I really, really liked the ghost that appears to be synced to a time loop.

But there are also some features that I was fairly ambivalent about. I don’t really like the new inventory system very much because it severely limits the amount of items Henry can carry. Each item is takes up a slot, regardless of logical size, so 10 handgun bullets are just as space-consuming as a giant pick-axe. This system seemed old and outdated, as did some of the quirks that came with it. For example, if your inventory is full you can’t pick up a health item. Come on Konami, that problem has been fixed in horror games since Resident Evil 2! The monster design was pretty hit-and-miss for me too; some of the creatures are really cool looking (like the ghosts), while others a just stupid (like the hospital mannequin things–WTF?). The Room is the first Silent Hill game to feature some serious backtracking, though it’s presented in a format that’s admittedly more original than most other horror titles. The combat system is pretty good, but since it relies on an auto-targeting model (Henry automatically faces the closest enemy), it can be hard to accurately select a target when several enemies are on the screen. There are very few puzzles, and most of them are simply collect-and-assemble or item space puzzles. Meh.

Then there were the things that really, really bothered me. Most of my complaints revolve around unkillable enemies. Silent Hill 4 has a few enemy types (mostly ghosts) that simply cannot be killed. Knocking them down does little, as they get right back up again. Even worse, these ghosts don’t even have to hit you to hurt you, they just have to be in your general vicinity. The game does eventually give you a means of immobilizing particular ghosts, but this resource is finite and hard to come by. During the first half of the game, returning to the apartment will heal Henry slowly, but in the later half of the game that luxury goes away. Unkillable enemies represent a source of infinite damage to the player, but in the second half of the game there is no source of infinite health. Thus it is very easy to get into a situation where you’ve run out of health packs and yet still can’t avoid taking damage. Segueing into my next gripe, the difficulty in Silent Hill 4 spikes dramatically about half way through the game. Health packs are few and far between, and while most of the monsters are easy to kill, the ghosts really eat into your finite health supply. I found myself actually dying a lot in this game, which is pretty rare for this sort of title. Needless to say, dying a lot isn’t very fun. This problem is also compounded by the changes that occur in the apartment over time. I don’t want to say too much, but the apartment becomes progressively less and less of a safe haven for Henry. You shouldn’t have to risk your life just to save!

This increased difficulty and frustration level, coupled with the oddly slow pace of the game makes some parts of Silent Hill 4 a bit of a chore to complete. Finally, the game just isn’t very scary. It’s weird for sure, and there are a few sections with really excellent imagery, but the tension induced by the game pales in comparison to its predecessors.

Silent Hill 4 was an interesting experience for me. It took a while to get into, then was really fun for a bit, then became tedious, then picked up again right at the end. I’m happy that Konami tried something new–it’s very hard for developers to break out of their shells, especially when it comes to a popular game franchise. But in the case of Silent Hill 4, I think the experiment mostly resulted in a game that is less cohesive and less interesting than its predecessors. I’ve read that Silent Hill 4 began its life as a totally different (non-Silent Hill related) title, and if this is true it explains a lot.

Silent Hill 4 isn’t a bad game by any stretch of the imagination. It’s got some great ideas and the technical execution is spot on. But somehow, it didn’t end up really being any more than the sum of its parts. 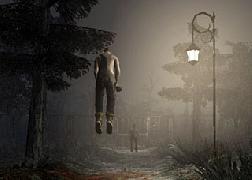 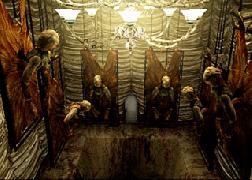 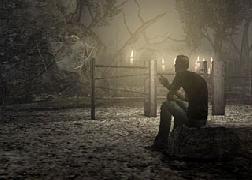 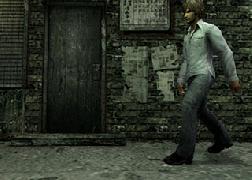 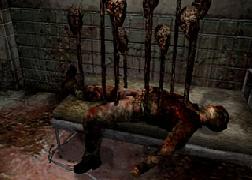 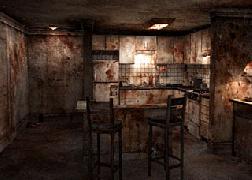 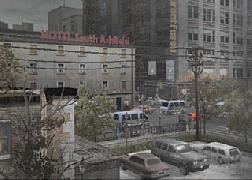 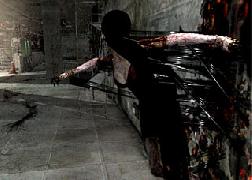 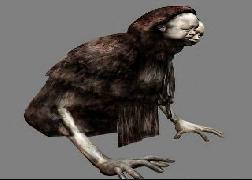 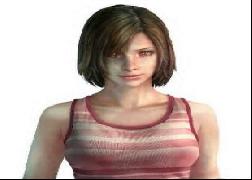 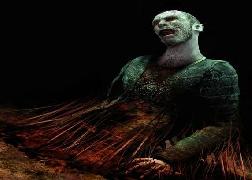 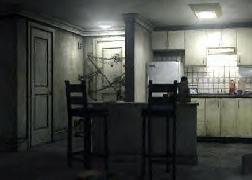