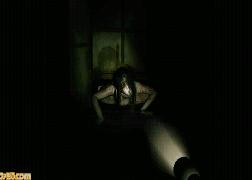 Seriously, this is important.

The recently released Wii horror game, Ju-on: The Grudge, is not a fantastic game. It’s plagued by a game design that values one-hit kills and requires levels to be replayed over and over, and yet it’s so simple that no amount of replaying can really make you a better player. The level designs themselves are schizophrenic; you are required to explore each level in order to find batteries, but the battery mechanic also acts as a time limit, which encourages you to b-line for the end of the level with minimal exploration. The art is good and the scares, while repetitive, are effective; the controls are interesting and the sound is pretty great. But while there are a few glimmers of brilliance, the level design relegates the game to mediocrity.

And yet, I think that Juon is an extremely important game. It’s the best example I’ve seen, in any genre, of a game made to target a specific audience the way that movies are. Juon is the exact equivalent of a teen horror movie; it’s simple and designed to be enjoyed with friends. And as far as I can tell, the target audience for this game is teen girls.

What Hollywood (and its equivalents here in Japan) understand is that generation after generation of teen movie-goers will spend their $10 to see whatever shlock the gets thrown on the screen as long as a few basic tropes are maintained. Pop-out scares, sex and gore, ominous or vaguely unhappy endings, and improbable twists are common traits, but there are many others. See also: Nightmare on Elm Street/Friday the 13th/Scream/I Know What You Did Last Summer/etc etc etc. It’s not that all of the films in the teen horror genre are bad–the key observation that Hollywood has made is that their income is fairly reliable regardless of the film quality.

Anyway, one of the reasons that these films are successful is that they encourage kids to watch in groups. The fun part about horror movies when you’re a teenager is seeing them with friends, even when the scares are cheap. Even really, truly bad movies can be fun when you’ve got somebody to wisecrack with, and a lot of folks will sit through films with friends that they wouldn’t have the nerve for alone. I think it’s this social aspect that makes horror films–particularly those aimed at teens–so successful.

The creators of the Juon game get this idea at a fundamental level. The game is aggressively casual–the control scheme is simple, the difficulty never spikes, and there’s no real rules to learn before jumping in. And, most importantly, it supports a second player: using the second Wiimote, a friend can cause scary pop-out events to take place whenever they want. It is this feature that is key to understanding why Juon matters: the game is not intended to be played alone. With friends around, the snail-like movement system and cheap one-hit kills are more forgivable. I think that this game is targeted squarely at young, casual gamers who enjoy horror with friend but are not about to go buy Resident Evil 5. A large segment of that group, I think, is young women, a large audience that rarely receives recognition.

Juon is exactly the game version of a teen horror flick. Yeah, it’s shallow, the scares are cheap, the story goes nowhere, and the gameplay is kind of annoying. But it was designed, I think, with a specific audience in mind, one that is a huge segment for horror films but rarely a target for horror games. And in that respect, it’s extremely well done. Perhaps this is the result of Juon director Takashi Shimizu’s participation in the project, or maybe it’s just the work of a smart developer. Either way, I’m impressed that the model was so effectively translated. It will be interesting to see if this experiment results in financial success.

It should also be interesting to compare and contrast Juon with Calling, which came out in Japan this week. Like Juon, it’s a first-person flashlight-wielding horror game for Wii involving Japanese horror film tropes. I’m interested to see if it will feel the same as Juon, or if it follows a more traditional horror gamer-focused route.

10 thoughts on “Why Juon Matters”