Also known as: Demento
Platforms: PS2
Release Date: 2005-05-10
Regions: USA Japan
Chris’s Rating: ★★☆☆
Clock Tower 3 run-and-hide mechanics applied to a much more cohesive game, though the routine still gets old after a while.

Haunting Ground is an old-school survival horror game dressed in new-school technology. It’s got all the adventure-meets-horror goodness that Resident Evil taught you to love: large, gothic buildings to explore, items to collect, high-quality graphics, and plenty of item and object puzzles. At the same time, Haunting Ground takes the road less travelled by pairing the protagonist with another character (Hewie the dog), removing your ability to fight, and relying on recurring enemies rather than zombies or other creatures for its antagonists. It looks very nice and has a lot of good features, but there are also some fundamental issues with the game that prevent it from reaching its potential.

Haunting Ground stars Fiona, a young woman who finds herself trapped in a large castle. She can’t remember exactly how she got there, but she quickly realizes that it is in her best interests to leave as fast as possible. Her hosts don’t seem too keen on her leaving, and in fact they seem to be absolutely insane. Fiona’s only companion is Hewie the dog, who is able to attack enemies and help Fiona solve puzzles. As she progresses through the castle, Fiona is constantly pursued by the castle’s residents, and each seem to have a different reason for wanting her dead. Her journey eventually takes her all over the huge castle grounds, and on the way she discovers that the castle’s long strange history of alchemy and torture is somehow related to her own past.

If you played Clock Tower 3, you have a good idea of what to expect. Haunting Ground is basically a sequel to that game, and though the plots of these two games do not overlap, the actual game mechanics and design are extremely similar. Like Alyssa in Clock Tower, Fiona spends spends most of her time exploring a large area in a mini mini skirt while being pursued by various bloodthirsty psychos. As in Clock Tower, Fiona can hide in certain areas, but if she uses an area too much her pursuer may discover her. And finally, Fiona can become scared and eventually go into a panic, and which point the controls become difficult and the graphics become stark and grainy. Generally speaking, Haunting Ground is Clock Tower 3 with a different protagonist, different enemies, a longer, more cohesive story, and slightly modified game mechanics.

That’s not to say that Haunting Ground is a carbon copy of Clock Tower 3. The cheesy bow-and-arrow boss fights have been removed, as have the ghostly side quests and the time traveling plot. The introduction of Hewie gives the game considerably more depth when it comes to dealing with enemies: Hewie can be trained to attack enemies so that you have a chance to escape, and he can also be directed to find hidden items in rooms. The puzzles this time around are much better than they were in Clock Tower 3, though the absurdity and unlikeliness many of them will remind you of Resident Evil. Also, the art style is much less cartoonish, especially the way lighting is used to create stark contrasts throughout the castle. One of the points I made in my Clock Tower 3 review was that the game is too simple to support more than about five hours of play; Haunting Ground has much more to offer, and while it’s still pretty simple, the game mechanics are just barely able to sustain the 12 hours or so the game requires.

There’s also a lot of additions to the formula this time around. The areas that Fiona explores are gigantic, and they are all connected together without any inter-room loading whatsoever. Fiona has a few more moves at her disposal, including the ability to kick and ram objects and a number of fun-but-ineffectual combat items. Since the castle she is trapped in is full of alchemic machines, Finoa can actually create new items by playing an infuriatingly difficult mini game. The boss fights are pretty good too, as they provide you with multiple ways to defeat each enemy. The enemies that pursue Fiona are all quite unique, and while some of them are clearly scarier than others, they are all well designed.

Despite these various improvements, Haunting Ground still has some fundamental problems. My main complaint with Clock Tower 3–that the constant appearance of enemies disrupts your ability to explore and progress–is still applicable. Once you figure out the pattern to escape each enemy, the game loses its ability to scare you and becomes something of a chore: every few minutes you’ll have to stop whatever you are doing and run around for a while until you lose your pursuer. While this is fun for a while, by the end of the game you just want to find the items you need to solve the next puzzle and be done with it. The problem is compounded by a lack of obvious hiding spots: though there are a few spots that are specially designed for hiding, they are few and far between. It’s sometimes possible to create your own hiding spot by just crouching somewhere out of the way, but often the enemy will just magically know where you are, making the hiding mechanic somewhat useless.

What it boils down to is repetition. There’s a point right in the middle of the game where the antagonists appear so often that you can barely do anything besides run back through all the rooms you’ve already visited over and over. Though there are a few genuinely startling moments, the second half of the game becomes so formulaic that any ability the game might have had to scare you is lost.

There are a couple of other things that bugged me about Haunting Ground. The first is the attempt to impart cheap sex appeal to the main character. While Fiona is a well-designed and interesting character, the developers have gone out of their way to put her in compromising situations to please a male audience. Her outfits are all skimpy and revealing, her chest has an exaggerated bounce to it when she runs, and the cut scenes never miss an opportunity to show you her legs. It’s not blatantly exploitive the way DOA: Extreme Beach Volleyball is, but it cheapens the overall experience because it is pointless. Increasing the sexual appeal of a character is a strong card for a developer to play, and while I’m all for developers exercising this sort of control over their work, I’d much rather see it used to deepen the dramatic value of the game. In the case of Haunting Ground, that potential is squandered on cheap titillation, which not only clashes with the rest of the content’s serious style, it distracts from the game’s attempts to scare you.

As with most games, Haunting Ground also suffers from a couple of horribly-constructed sections. Though there are only a few of these frustration machines, they are enough to put a dent in my overall impression of the title. The most egregious offender is the very last section of the game, which relies on rules and mechanics that the player has never seen before, and unfairly punishes the player. I found this area in particular to be extremely annoying.

Fortunately, all is not lost. If you can put up with the annoyance of having to run and hide every few minutes, the exploratory parts of Haunting Ground are a pretty good reason to keep playing. Fiona visits a lot of different places, and while they all sort of look the same, the construction of the maps and the way each area is presented is usually pretty good. And thought the puzzles may seem a little trite, most of them are genuinely fun.

Haunting Ground isn’t a perfect game, but it’s a pretty nice take on traditional survival horror mechanics. If you are looking for something to fill the void left by the recent dearth in old-school horror games, Haunting Ground may be for you. 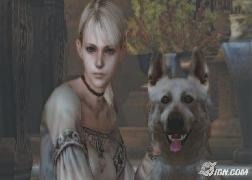 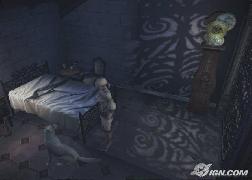 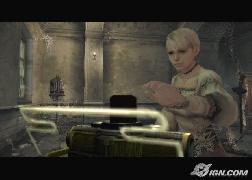 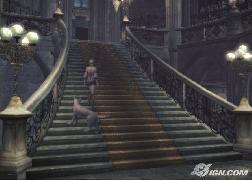 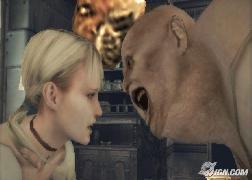 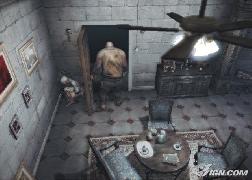 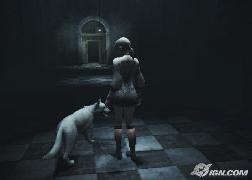 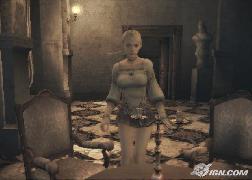 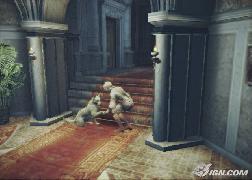 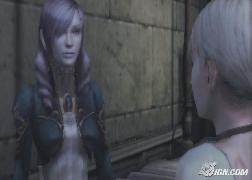 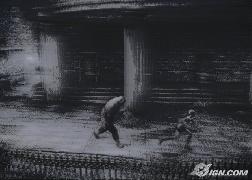 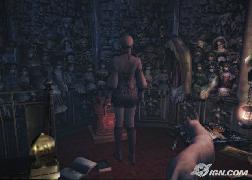 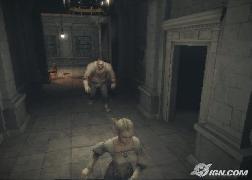