This is a review of the PSP version of this game. I originally posted this on the blog because handheld games are not included in the Quest.

I finished Silent Hill 0rigins the other day. It’s a solid Silent Hill game, absolutely worthy of inclusion in the series. Though it’s technically a prequel to the original Silent Hill, it plays like an amalgam of every game in the series. The locations and progression through Silent Hill are very similar to the original game, many of the graphics effects (like the fog and shadowing system) are taken directly from Silent Hill 2, the monster designs are a mix of the second and third games, and there are even a few aspects of Silent Hill 4 thrown into the mix (voyeurism via holes in walls, chargeable melee combat, weapons that degrade with use). There’s an analog for Pyramid Head (though he can’t approach the awesomeness of the original triangle-topped antagonist from Silent Hill 2), extrapolation of the monster design themes defined by Silent Hill 2 and 3, and a (somewhat awkward) story line involving both the cult from Silent Hill 1 and 3, and an introspective protagonist working his way through manifestations of his own problems.

And, as a mixture of four awesome games (well, three awesome games and one mediocre one), it actually works pretty well. The game play in general will seem intensely familiar to anybody who has played a Silent Hill game before–everything from the rate at which maps are completed to the placement of health drinks in doorways and alleys throughout the town has been duplicated with meticulous care. It’s almost pointless trying to describe it; if you’ve played any of the first three games in this series, you know exactly, down to the very last detail, what to expect.

There are only a few minor points at which the game differs from its predecessors. Combat is similar to Silent Hill 3, except that charging hits (per the fourth game) has been added and there is a mechanic for new, one time use weapons (heavy things you can break over enemies’ heads). Some monsters are now able to grapple, and a key sequence mini-game is required to get them off without taking damage. Weapons also break after you use them for a while (an amazingly short while–three or four hits sometimes), so you have to keep picking up new bludgeons as you move around the world. But fundamentally, even the combat feels pretty much exactly the same as the previous iterations. It even suffers from some of the same problems as the earlier games: the bosses are all trivially easy as long as you save your guns, etc (at least there’s no giant moths in this version).

The other major change to note is the way that the character accesses the Otherworld; unlike previous games, Travis can switch from one world to the other at will as long as he has access to a mirror. This changes the role of the Otherworld somewhat–it becomes part of the larger traversal puzzle gameplay, rather than being a dramatic plot point. I have more to write about the Otherworld, but I’ll save it for a different post. Suffice to say that the implementation in Origins, while different, works well.

As the story line goes, it’s a little bland. The story in Silent Hill 4 was pretty bland as well, I thought, but the previous games, particularly Silent Hill 2, had excellent stories to tell. The problem with the story in Origins is that, like the game play, it’s just an mixture of things that have already happened in the previous games. While that sort of dedication to the precedent is welcomed for the game play, it makes the story fairly predictable, and drains it of some of its life. Also, while the level design does an excellent job of building tension, sometimes the payoff seems weak (particularly, the fight with the Pyramid Head knockoff was pretty anticlimactic). Also, the protagonist himself is a pretty thin character; though we learn about his life while playing the game, we learn almost nothing about his personality or feelings as an adult. I mentioned in my initial impressions that I felt like he didn’t comment on his situation enough, and now that I’ve finished the game, I think that being so stoic hurts the game’s ability to make him a convincing character.

But really, I have very little to complain about here. The graphics are good, the art style is spot-on for the series, the soundtrack is, as always, phenomenal. Being on the PSP does hurt the game a bit, as it’s harder to forget that you are playing a game and the stupid analog nub is a much suckier interface than a control stick, but these complaints are hardly the fault of the Origins developers. One thing that did suck is that about half way through the game I lost most of my sound effects permanently. This is probably due to the way that developers use the PSP memory during sleep mode (we had similar problems on a couple of the PSP games I worked on), but it was too bad because the sounds are pretty good.

Silent Hill Origins is an enjoyable amalgam of the previous Silent Hill games. While it’s hardly a game play revolution, it doesn’t need to be: the tried and true Silent Hill mechanics continue to work today as well as they did before. As a developer, I find it impressive that a third party developer has been able to reproduce Konami’s formula so throughly; this is not an easy task and the guys at Climax have done an excellent job. 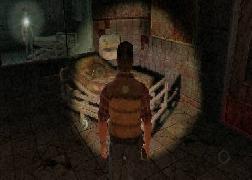 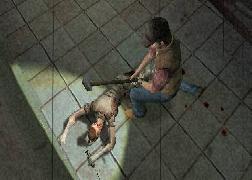 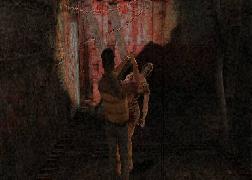 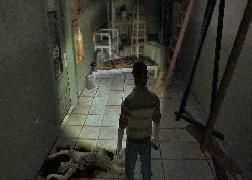 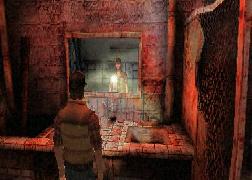 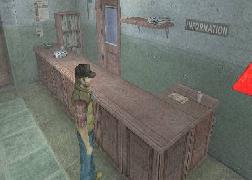 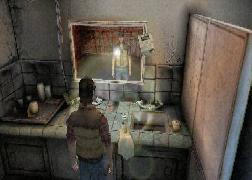 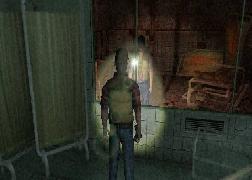 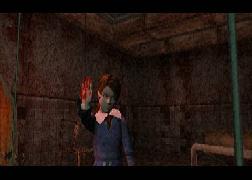 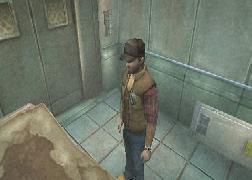 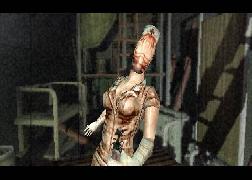