Platforms: Xbox
Release Date: 2005-10-24
Regions: USA Europe
Chris’s Rating: ★☆☆☆
Innovative on many levels, but somewhere along the way they forgot to also make it fun.

Call of Cthulhu: Dark Corners of the Earth is a first person Lovecraftian horror game set in the 1920s. It includes a range of interesting features including insanity effects, a realistic approach to healing wounds, stealth game play, and of course, loads of Cthulhu. On paper, this game seems like a highly innovative approach to horror games–conventions of the genre are tossed out the window to make way for new, fascinating game play ideas. The final product totally delivers on graphics, sound, and story line. It’s just that the damn thing is no fun to play.

Let’s get this out of the way right now: Call of Cthulhu’s game play is seriously broken in several fundamental ways. The content of the game itself–the levels, weapons, enemies, flashbacks, insanity effects, voice acting, etc–is pretty universally high quality, but you can’t enjoy it because the game is extraordinarily frustrating to play. I tried hard to like this game because it’s clear that the designers put a lot of effort into breaking the mold for not just horror games, but for first person shooters in general. And indeed there are a number of very interesting design decisions to be found in Call of Cthulhu. But it seems like the core game play, the part you spend most of your time, you know, doing, got lost along the way.

I’m only going to touch on a couple of the most egregious problems in this review because frankly, there are too many to individually enumerate. First and foremost, aiming is really, really hard. This is a first person game, and so interacting with things and shooting them is a function of your ability to “select” them correctly in the world with your view point. In Call of Cthulhu, even simple actions like picking up items sitting on the ground are unnecessarily difficult. You need to be in exactly the right spot, and often I found that I couldn’t collect an item unless I crouched and looked at it straight on. It’s also hard to interact with items when there is more than one object in the vicinity. Early in the game, for example, there is a pretty cool section where you must run from some attackers in a hotel. The way to beat this section is to lock the doors behind you, but it’s quite difficult to actually manipulate the lock on the door. Half the time you’ll open the door instead of closing the lock, which is the exact opposite of what you want. Even in low-pressure situations where you have time to look around and line up the lock perfectly, it’s often difficult to lock and unlock doors. There’s a bit much later where you must move along a stormy reef, holding on to hand-holds as you go to avoid getting washed out to sea. This is a really cool idea but it is totally ruined because actually grabbing the handholds is neigh impossible.

The aiming problem extends to shooting as well, and it is here that it is most damaging to the game. Your player holds his weapon at a strange angle, and there is no targeting reticule on the screen, so understanding where the shot will go is very hard. There is an aim button that brings the weapon right up to your nose, and while it does make aiming easier, it’s still quite easy to miss at point-blank range, even with wide range weapons like the shotgun. I often forgot that the aim button was there, as the gun position in un-aimed mode looks pretty much exactly like every other first person shooter ever. And to make matters worse, not all weapons can be aimed; there is a weapon that you receive at the very end of the game that is pretty much impossible to aim with any accuracy. Shooting people in Call of Cthulhu is harder than any other FPS I’ve ever played, hands down.

The other big issue I have with this game is the damage model. The developers tried to implement a system in which you need to apply bandages to individual wounds on different parts of your body. You are actually open to attack during the time you spend patching yourself up, which serves to make your character seem more vulnerable. If you sustain damage and don’t treat it, you experience some visual anomalies and eventually can die of blood loss. I understand what the designers of this system were going for: it’s an attempt to remove the feeling of being an invincible super-hero and make the protagonist an everyman, thereby increasing the tension invoked by sneaking and the other aspects of the game. In my mind, however, the damage and health system in Call of Cthulhu is a complete failure.

I thought about this for a while and decided that there are three main problems. FIrst, you die almost immediately from just about everything. Fall more than about 10 feet? Death. Get hit by any enemy more than twice? Death. Fail to grab onto the railing on the boat? Death. I must have died 500 times in Call of Cthulhu because it’s so easy to die. A complex damage and health system seems sort of moot if most enemies can kill you in less than three seconds. Second, the system is based around using specific health items (sutures, splints, etc) to heal your wounds; if you run out of these items, there are certain wound types you can’t heal. Well, I had a never-ending supply of splits and never enough sutures because I got shot a lot but didn’t fall very much. Nothing sucks more than collecting a health pack and still not being able to heal yourself because you ran out of some sub-item, then slowly dying over a period of 30 seconds. Please don’t delay failure, game designers! If I am going to die, just kill me now and save me the 30 seconds! This is resource management overkill, similar (but less deadly) to the awful system in Illbleed. It is also a level of interactivity that I don’t want–I don’t want to have to worry about what health items I have and which I am missing; as in 99% of other games, it’s sufficient to let me collect items that heal me. My final beef with the health system is that patching your character up is boring. It means you have to stop in the middle of play, go into the menu screen, apply bandages and splints and stuff, come out of the menu screen, watch the little animation as your character applies the items, and then finally get back into the game. The developers must have realized that this was a problem, so they included a quick-heal button, which avoids the menu but still requires the application animation. This doesn’t really alleviate the issue because I have to stop playing for a while while I heal. And of course, during this time that I am not playing, the game is still running and I could be shot by some malicious passer-by. Though I understand what the developers were going for with this mechanic, I found it to be overcomplicated and a recurring source of frustration.

The last major problem I’ll mention is the general gun play. Call of Cthulhu’s first two hours or so were pretty fantastic because, well, they haven’t given you a gun yet. I really enjoyed those early bits, and then the whole thing went south as soon as a weapon was placed in my hand. In addition to the aiming issues I mentioned above, there are a plethora of other problems: reloading takes way too long (you can be killed by most enemies in less time than it takes to reload the shotgun, for example), there’s no way to tell how much ammo remains in the chamber (and there’s no auto-reload), every cut scene and healing animation unequips your weapon, and as I mentioned before, point-blank dead-to-rights shots often mysteriously miss. These issues might have been less damaging if the game hadn’t been focused on shooting, but after the first two hours most problems the game throws at you involve shooting people. The gun play is so bad that I think the game would probably have been improved if they just omitted firearms from the entire experience.

These three fundamental problems, aiming, healing, and gun mechanics, form a deadly combination that results in repetitive and frustrating game play. There are many other issues as well (the save points are too far apart, the subtitles don’t update reliably, the enemies are really amazingly dumb, the story lacks cohesion, the insanity effects kick in at seemingly random times, there are lots of bugs, etc), but these three are the problems that kick the teeth out of the game and leave it for dead in a ditch. This should have been an outstanding game, but because the core mechanics are so broken, I can barely even call it mediocre.

Ok, so I’ve spent this entire review so far ripping into Call of Cthulhu. This is because I am frustrated that all the effort the development team must have put into the game was wasted by broken core mechanics. But it wouldn’t be fair to rag on Cthulhu without also touching on some of the excellent parts of the game. As I mentioned earlier, the graphics are all quite nice. The level designs are pretty good as well, and there is a huge variety in the places that the protagonist visits over the course of his journey. FPS games live and die by the variety they offer to the player, and in terms of locale and level design, Call of Cthulhu does an excellent job of keeping each area fresh. There are several stages that I found quite inspired, almost all of which occur in the first two hours of game play. The writing for the story is good, the voice acting is well delivered, and the game does a good job with presenting the period that it is set in. I really, really liked the flashback sequences. These are playable, highly filtered sequences that occur every once and a while. They are short and sweet, and work really well at increasing the tension level while simultaneously filling us in a little more about the protagonist’s background. There’s also a very high quality interrogation scene, and I throughly enjoyed the repeated appearance of one slightly mauled dead girl.

But despite the solid content design, Call of Cthulhu’s game play problems pretty much ruin the entire experience. The game isn’t a total disaster (I was able to finish it, which is more than I can say for some games), but it wasn’t very fun either. Unless you are really a glutton for punishment or have some insane drive to play all Lovecraft-related games, I must advise you to pass Call of Cthulhu up. 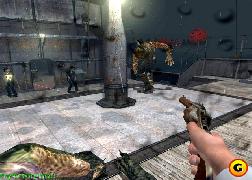 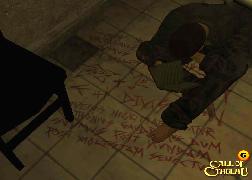 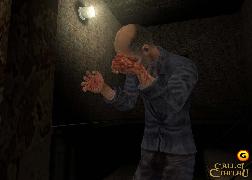 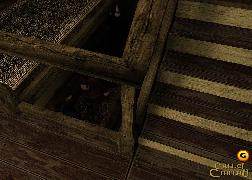 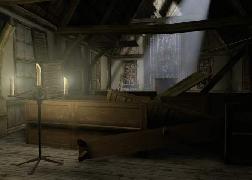 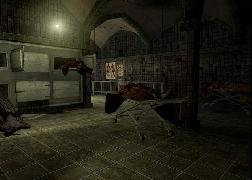 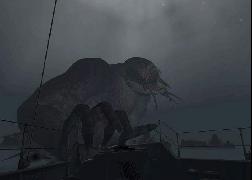