Platforms: PS2, Xbox
Release Date: 2005-09-26
Regions: USA Europe
Chris’s Rating: ★★☆☆
Though this sequel is very similar to its predecessor, some balancing and plot problems prevent it from being completely successful.

Ties That Bind picks up right where the original Suffering leaves off, with Torque in a boat on his way away from Carnate island. But when he arrives in Baltimore he is surprised to find that some crazy para-military organization is after him and that the horrific monsters from Carnate have followed him to the mainland. Like the first game, Ties That Bind uses supernatural horror to comment on real life problems. In addition to bloodthirsty monsters with knives for forearms, Torque is surrounded by crime in the ghetto, drugs, rape, and corruption. In fact, the monsters themselves seem to be the most explicit manifestation of society’s problems. The developers clearly want you to understand that some aspects of real life are far worse than creatures who are out to kill you, and this idea adds a lot of depth to the story.

As in the first Suffering, Ties That Bind is all about shooting. The game continues to follow FPS rules: your health bar will regenerate up to a certain amount, you can only hold two weapons at a time, walking over weapons refills your ammo, etc. Most of the game is spent running from place to place and terminating everything you see. The morality system from the first game also returns, so you’ll have the opportunity to decide whether to kill or help the innocent people that you meet along the way. Your choices will eventually affect how the game ends.

Like the first game, Ties That Bind also has strong, well-developed characters. Most of the cast is new, though a few personalities from the previous game do make an appearance. Torque also runs into a couple of long-dead Baltimore murders who serve as this game’s version of the undead chorus, but the killers are a little less interesting than their predecessors. Still, the dialog is good, and while the story has some serious plot holes, it’s mostly pretty well realized.

When I reviewed the original Suffering, my main complaints with the game were that it was not balanced well and that it was buggy. Unfortunately, I have almost exactly the same complaints about Ties That Bind.

Levels in Ties That Bind are all laid out in a predictable manner: you progress forward for a while, killing enemies that pop out at you. After a little while you’ll reach an open area, where you’ll have to kill a particularly strong enemy or a stream of enemies before you can progress. While this sort of level design is in keeping with the first Suffering game, the enemy mega-battles occur too frequently and become too difficult towards the end of the game. When you are progressing linearly through the levels, the difficulty of the game feels correct and lots of fun, but when you get to these kill-everything-in-an-area-to-progress sections, suddenly the difficulty spikes and the game becomes very frustrating. This sort of design seems like it might be a necessary hack to maintain challenge in a game that allows you to save at any time, but I found it really detrimental to the experience, especially in the last third of the game. Some of the fights took me twenty or thirty tries to complete, which is unreasonable and unfun.

Part of the problem is that the game sometimes requires you to switch into monster mode to complete a section. As in the first game, Torque can turn into a devastating monster when he fills a special meter up, and as this monster he can do lots of damage to enemies. In fact, some enemies can only be defeated by changing into a monster. However, the only way to fill up the monster meter is to kill guys, so very often the game will put you in a situation where mass carnage is required just to ensure that you have a full monster meter to kill one otherwise invincible enemy. Since there is no way for the game designers to guarantee that you will enter the section with your meter full, they have to throw an infinite number of enemies of you just to enable a particular challenge. This would be ok with me if they also balanced the infinite stream of guys with an infinite supply of health, but since they do not do this I found this design paradigm annoying. The problem is aggravated by the fact that you automatically collect health items and use them up even if your health is almost full.

The other issue related to play balancing is that the enemies that can fire projectiles are extremely overpowered. The Arsonists in particular do much more damage than they should (they can usually kill you in a hit or two, since their attacks set you on fire). It got to the point where I would often have no hope of winning a battle if an Arsonist spawned in, where as any other enemy could was easily dispatched.

The other issue I had with Ties that Bind is that I ran into a number of bugs. The game actually crashed for me quite a number of times: once at the main menu, several times when restarting at a check point, and once or twice in the middle of play. Though crashes are serious, they didn’t bother me too much because I never lost any work. If you play this game, my advice is to save often.

Though there were things about The Suffering: Ties that Bind that really bugged me, there were a lot of cool things as well. The guns are all fun to wield (though it’s still pretty much impossible to tell which guns are particularly powerful or particularly weak), the control scheme is solid, and the monster design is top notch. The environments are again really well done (I particularly liked Torque’s apartment), and the morality system is effective without being complex. The graphics are pretty awesome (particularly the lighting effects and in-game animation sequences), and the characters are interesting. As in the first game, the events Torque goes through are something of a metaphor for his own internal search for truth. As he descends into the depths of Baltimore he is simultaneously learning more and more about who he is and what kind of person he was before he went to prison. While the game never quite reaches the Silent Hill 2’s level in terms of presenting physical places as a manifestation of the protagonist’s psyche, the attempt is still pretty effective.

One thing I really liked about Ties that Bind is that the end of the game mostly takes place in a prison. The prison section from was easily the first game’s strongest moment, and it was so good that subsequent levels felt lacking in comparison. In contrast, the finishes the game up inside a well-realized prison, and is able to capture some of the feel of the first game in as the story builds to a climax.

All things considered, Ties that Bind is a pretty good successor to The Suffering. While it is mechanically very similar to the first game, the new levels, story, and characters are strong enough to make the game stand out on its own. Though I had some problems with the way encounters were designed, most of the rest of the game (the parts where you progress forward through the environment) were a whole lot of fun. The team at Surreal is still the best horror game team outside of Japan as far as I am concerned. If you enjoyed the first game and want more, or if you are looking for a shooter with a solid narrative, you could do a lot worse than Ties that Bind. 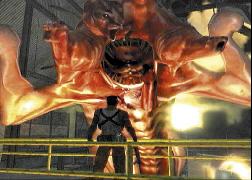 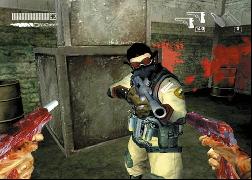 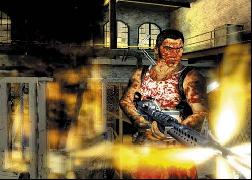 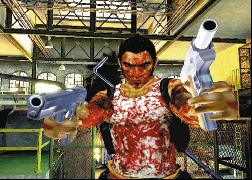 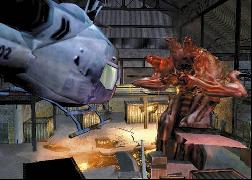