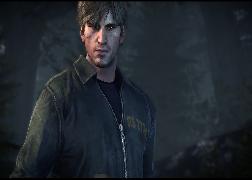 What separates a good game from a poor one?

Of course, games plagued by software bugs are generally considered poor. I recently reviewed Amy, a throughly broken horror game, and its problems are quite clear. But what about games that do not have obvious glitches? The type of game that you dislike even though there’s no one thing that really turns you off. What about games that are universally panned and yet the critics cannot agree on which problems are the most egregious?

Silent Hill Downpour is one of these hard-to-pin-down games. On the one hand, it’s been built out of component pieces from previous Silent Hill games. The combat system resembles Silent Hill 4, the weapons break like in 0rigins, the camera and movement are based on Homecoming, the otherworld draws heavily from Shattered Memories. There’s a dead dog scene a’la Silent Hill 3, a character with a problematic past a’la every game since Silent Hill 2, and even a reasonably interesting Pyramid Head knockoff called The Boogyman. Sometimes, especially in the early part of the game, I wondered if the developers simply included some of these bits to appeal to people like me who’ve played the entire series.

On the other hand, Downpour sets out to be a game fundamentally unlike every other Silent Hill game to date. Its design is based on a basic premise that is a radical departure from previous games, and its effect changes many of the core gameplay systems dramatically.

I’ve written a review of Downpour that is really an exploration of this basic design deviation and why I think it almost ruins the game. This is one of the longest articles I’ve written for a single game, and it took me a long time to sort my thoughts out. Check it out and let me know what you think.