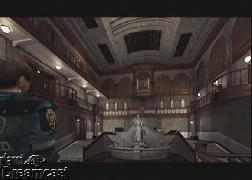 Once upon a time, not too long ago really, the horror genre experienced something of a golden age. This is the period, beginning in 1996 with Resident Evil, in which many fan favorites of the genre shipped. Silent Hill 1 and 2, the first two Fatal Frame games, not to mention Resident Evil 2 and Code Veronica. We can think of these as the offspring of the original Resident Evil, as many of the conventions used that game defined the genre for several years afterwards. These games tended to deposit the player into sealed-off areas that slowly opened up into a larger maze as doors were unlocked recursively. They relied on save points, employed lots of items and inventory management, and deemphasized combat with underpowered protagonists. The golden age horror games blended item and traversal puzzles with documents and cut scenes to create slow-paced, methodical, narrative-rich experiences. The games of this period are what many associate with the term “survival horror.”

But then, sometime around 2004, the tide changed. The golden age model had been done to death, and developers were starting to change their approach. Games like The Suffering and Condemned were a direct reaction to plodding, repetitive nature of Resident Evil. Silent Hill 4 broke almost all of the conventions of the series. Perhaps most significantly, Resident Evil 4 discarded most of the mechanics for which it was known and became something almost entirely different. Within the span of a few years, the golden age model for games had almost entirely fallen away. The new breed was more linear, more action-heavy, and more mainstream. Horror games today are still part of the post-Resident Evil era; games like Dead Space, The Darkness, and even Alan Wake bear little resemblance to the titles that made the genre popular at the end of 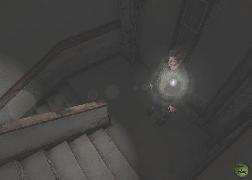 It’s been seven years since Resident Evil 4 was released, and though the horror genre has branched out into many interesting directions, the post-Resident Evil era is starting to feel stale. I think the dramatic success of games like Amnesia: The Dark Descent and Dear Esther suggest that gamers are ready to play something that isn’t strictly linear and doesn’t involve shooting zombies in the face fifteen times per minute. Perhaps they are even ready for games that unfold at a slower pace, games that rely more heavily on narrative than on game mechanics to make their mark. Games that, dare I suggest it, have more in common with golden era horror games than with the contemporary stars of the genre?

It is within this historical context that Lone Survivor is best understood. Created entirely by indie developer Jasper Byrne, Lone Survivor is a game that knows its roots and wears its influences on its sleeve. A 2D side-scrolling adventure game with retro pixel art, Lone Survivor looks like something that might have run on the SNES but it plays like a golden age horror game. In fact, it plays better than games from that era because it avoids design mistakes that were common back then. Like Cave Story, it’s a Rosy Spectacles retro game: it plays the way we remember old games playing, not the way they really played. Though it may look retro, Lone Survivor has managed to salvage the core elements that made the golden age great and insert them into its throughly modern shell.

Lone Survivor is ostensibly about the last person alive after some catastrophic event. Holed up in an apartment, the anonymous protagonist ventures out only to collect supplies. Between starvation, exhaustion, and the malicious flesh monsters that roam the halls outside his room, his life is defined by what he can find to eat and how long he can go without sleep. The game begins with his decision to try to exit the apartment he’s in once and for all, which is a much more harrowing endeavor that it might sound. Unless, that is, there’s something else going on. Perhaps it’s all in his head?

As the modern incarnation of a golden age horror game, Lone Survivor takes its cues from many games. It’s primary influence, though, is clearly Silent Hill 2. The whole game, from the ambience to the ambiguous state of the world to the protagonist’s own potential culpability in that state, 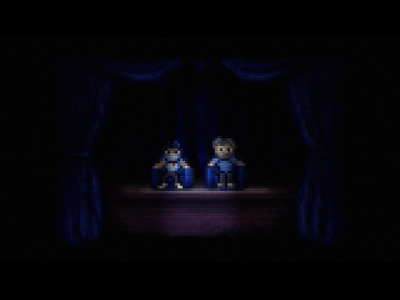 exudes the Silent Hill 2 vibe. The level design involves slowly opening up the map and then eventually descending deeper and deeper until we arrive at a very dark place, underground, mostly defenseless, with only the dim beam of a flashlight to guide us. The game even sounds like Silent Hill–the chord played when an item is collected is extremely similar to classic Silent Hill UI “accept” sounds. While playing the game I had a mental list of Silent Hill 2 references or influences going, but there are so many that I quickly lost track. Suffice it to say that Lone Survivor is covered with Silent Hill 2’s fingerprints.

And perhaps that shouldn’t come as much of a surprise, as Byrne’s earlier work includes a retro “demake” of Silent Hill 2 called Soundless Mountain II. But make no mistake: Lone Survivor may have drawn heavily from the lessons of Team Silent’s second game, but it is in no way a knock-off. There are bits of the game that reach back further in time; Lone Survivor’s approach to item management and puzzles, for example, has more in common with adventure games like The Secret of Monkey Island than any later horror game. Between the drug references and crazy dream sequences, there’s more than a little Twin Peaks in there as well. It’s a horror gamer’s game, through and through, with the best parts of a decade of scary titles deftly stitched together into a compact and efficient package.

I’m a big fan of the game mechanics and level design in this game, but the sound and music deserve special mention. Byrne’s musical talents are formidable, and he uses music and sound with dramatic results in Lone Survivor. Perhaps it is the soundtrack of the game that most resembles the Silent Hill experience. It alternates from quiet and foreboding to thunderous and metallic, setting the mode for each scene and turning the tension up at regular intervals. The whole project is quite impressive, especially from a single creator, but I was particularly taken with the sound and music.

Lone Survivor is $10 and you can buy it online. At a time when high-end AAA horror games are beginning to feel a little played out, this small indie game shows us that the golden age of horror game still has precious metals to be mined. Despite its retro look and affinity for game play that some might label passé, to me it was like a breath of fresh air: smart, interesting, short, and really fun. Just what the doctor ordered.

12 thoughts on “The Lone Survivor of a Bygone Era”